Are You Really a Major Gift Officer? 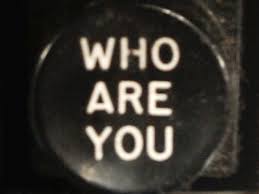 I’m angry.
In my last post I told the story of an MGO who reached out to us at Veritus, desperate to understand what was wrong with her. “I feel like I’m doing everything wrong. I read your blog posts about major gifts and that feels right to me, but my boss is saying I have to ask people for money who I’ve never even met or know, and in many cases they have never given before.”
She went on to say, “Jeff, I feel like a total failure. Many of these people just hang up on me and tell me never to call again. I used to think I was a competent person, but I’m hanging on by a thread.”
I felt so bad for her. And I’m angry that she is in an organization and system that doesn’t understand what major gift fundraising is about.
After listening to her tell me more about her caseload, it was wildly apparent that she wasn’t cultivating or stewarding donors. She was really prospecting and qualifying potential donors… but her boss expected her to “bring in significant gifts.”
No wonder she was hanging by a thread. I counseled her by saying, “look, what you have really been asked to do is to qualify prospects. Know that only one out of three or four are going to want to talk to you. This is why so many people don’t want to talk to you on the phone or respond to your e-mails. You are not really doing major gift fundraising. It’s your organization’s expectations that are messed up. Your instincts are right. It’s about building and deepening relationships with donors, not squeezing their wallets for a gift.”
A week later I received an e-mail from her saying that she feels like a totally different person. While her bosses’ expectations may not have changed, SHE changed her own attitude about what she was actually doing. She knows now that she was really qualifying donors, and she decided not to carry the burden that she had to bring in money from people who were not really donors. She said, “hey, I might get fired, but at least I know what I’m doing is the right thing. I’m just glad I know major gift fundraising is not what I was told it was.”
She is exactly right. If you have been given a portfolio of names and have received the instruction to “contact these people and get them to make a gift,” you are not a major gift fundraiser. That is not what a major gift officer does. This is not what a major gift program is about. I would like to shake the person who gave you those instructions and say, “What are you thinking?!?”
Unfortunately, this type of fundraising is going on all across the world.
The real work of a major gift officer is to cultivate and develop relationships with donors and be the bridge (the conduit) between the world’s greatest needs, the donors’ desires to change the world, and your organization’s mission. This takes time, effort, hard work, (and more time and hard work) until you finally have crossed that bridge with the donor.
If that is not the essence of your job description, then you are not a major gift officer. I don’t know what they should call you – a prospect manager, a qualifier, I don’t know – but not a major gift officer.
I know right now there are thousands of people with the title of Major Gift Officer who are not really doing that work. You are struggling, rightfully so, because the pressure is so heavy to “bring in the money.”
If you are at an organization, or you are leading an organization that is practicing these strong armed tactics with major gift officers – stop it now! You are not only doing your organization and its staff a disservice, you are also hurting donors.
Do you just want a check? Or do you want an engaged, passionate donor who wants to make a lifetime of investments in your mission? You need to ask yourself that question before you continue the hurtful practice of treating your people and donors with contempt.
Those organizations that are donor-centered and honoring of their people are successful. Those just going after the money are the ones hanging by a thread.
Jeff