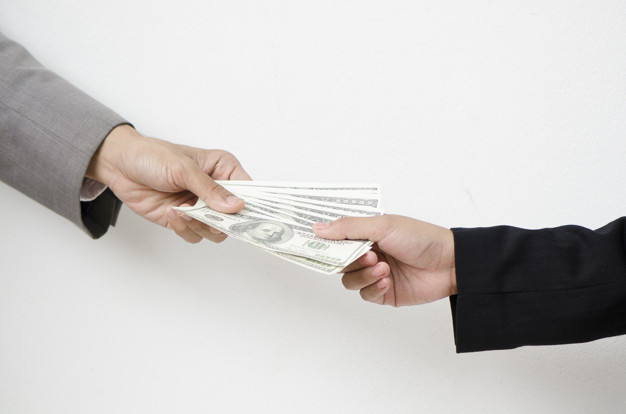 Donors Need To Give More Than You Need the Money!

A wealthy industrialist once asked Gandhi, “Do you need me or my money?” Gandhi replied: “I need only you!”  Gandhi wasn’t against wealth or money.  He just knew that humans could not find purpose and fulfillment in it.
Some of the great philosophers and religious leaders throughout human history have had some rather jarring and counter-cultural things to say about money.
Jesus said to the rich man: ‘”Go, sell everything you have and give to the poor, and you will have treasure in heaven.” Talk about a big ask! He did that not because the poor needed the gift (though they surely did). His reason for asking: The man needed to give.
Your donors, like all people, need to give.  Jeff and I call this dynamic “the grace of giving”. It is about something outside of ourselves and, as we have said before, not about the money.
Your work as a major gift officer unlocks the grace of giving in other peoples’  lives.  Let me explain how that works.
Why is it so good to give? Most donors know instinctively that it’s right — and they give with joy. I’d like to suggest three important reasons.
1. Giving Subdues the Power of Money
Money is a powerful force. We’ve all felt its pull.
Money represents our hard work and all the emotional investment we put into our jobs. Having money gives us options, power, security, and pleasure. It boosts our self-esteem and makes others respect us, or so we think.
Anything that powerful carries a lot of potential danger. Unchecked, the influence of money can grow until it strangles a person’s soul.
As a fundraiser, you loosen money’s hold on people by encouraging them to give it away. When people give their money away, they short-circuit its negative influence. Your work of fundraising can spare them from the negative consequences of loving money.
Furthermore, giving adds a powerful dimension of significance to the giver’s work. Your donors share your values and want to participate in your work. But they may lack the training, the talent, or even the motivation it takes.
When they give, they transfer their talent and labor to the cause your organization represents by giving the money their work has earned. In effect, your donor’s job becomes an extension of your organization.
This allows your donors to truly serve others because the portion of their earnings they give to your organization is a portion of their labor transferred to a special place outside themselves.  And that transaction, whatever it is, makes their job more meaningful.
2. Giving Blesses the Giver
When donors give, they rise above the fray. They become immediately and deeply involved in a life beyond their own. When donors give, they confirm their deepest and truest feelings; their hearts — the symbol of emotions and the things we care about most — guide their behavior. In this sense, donors become linked at a spiritual level with the causes they support.
The good that a donor’s gift accomplishes actually becomes part of the donor’s life. Partly because when you give to something, you are much more likely to be connected to it. When donors give, an exchange of values takes place. Good things are accomplished and donors are deeply blessed in their hearts and lives.
3. Giving Transforms Lives
I’ve known fundraisers who thought that asking people for money was beneath them. I’ve known quite a few who just plain didn’t like to ask.
I can understand these feelings. It’s not easy to talk about money. It’s feels embarrassing. It doesn’t seem right.
However, when we take a closer look at the subject, it’s pretty clear: People need to give. And the more they give the better.  Why?  Because it will transform their lives and it will transform the lives of others.
If you’re asking honestly and using funds wisely you have nothing to apologize for as a fundraiser.
Indeed, it’s your duty to clearly, openly, and without apology ask people to give — not only for the sake of your organization’s needs, but for the sake of your donors.
Here is what some other folks have said about giving…
Pity may represent little more than the impersonal concern which prompts the mailing of a check, but true sympathy is the personal concern which demands the giving of one’s soul.
Martin Luther King, Jr.
I have found that among its other benefits, giving liberates the soul of the giver.
Maya Angelou
Let us not be satisfied with just giving money. Money is not enough, money can be got, but they need your hearts to love them. So, spread your love everywhere you go.
Mother Teresa
I hate the giving of the hand unless the whole man accompanies it.
Ralph Waldo Emerson
Yesterday was Labor Day.  Think about all the work millions and millions of people are engaged in all across this great land.  And that labor translates into money – money that, when given away, takes the donor to a wonderful place of service, happiness and fulfillment.
Think about all of this as you do your work this week.
Richard