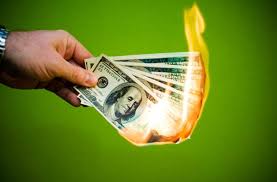 Getting Leaders on Board with Major Gifts 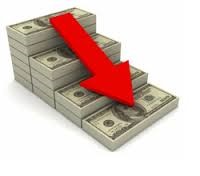 There is something about loss that gets people’s attention. This is why we use loss as a way to convince CEOs, Executive Directors and Directors of Development about the incredible and positive opportunity that a major gift program provides.
You can talk about all the wonderful things major gifts could do for the organization, like increased revenue, bigger gifts, retained and fulfilled donors etc., and you still may not be able to get the budget to hire a MGO or expand the program.
That is why you need to talk about loss. Loss of money.
The fact is that without the high touch efforts of a MGO, almost any group of the same large donors on a donor file who contributed last year will contribute from 40-60% less this year. Loss of money.
This is no small amount of cash. For some files we have analyzed, the annual sum of actual cash lost from the same donors who gave last year goes up to multiple millions! In one case, it was $71 million. $71 MILLION!! That’s cash. And it isn’t one big gift that went away – it is hundreds and hundreds of good donors who just disappeared into the mist. And many, many more who just gave less.
So for a non-profit that is needing to find cash to fund good programs, this is crisis. But oddly, no one talks about it like they should or could. Oh yes, it is true that Jeff and I hear people say they know their donor attrition number. But if you ask about VALUE attrition, they don’t know that information. “Value attrition?” Value attrition is what the same group of donors gave this year vs. past years. How did the value from the same donors grow or decline over time? A very important question.
The answer, most of the time and as I said earlier, is huge losses of money. Not just big gifts going away. Nope – a bunch of donors going away and another bunch of donors whose value is declining.
So here’s what you need to do when you are trying to convince leadership about investing in and expanding major gifts:

This is the path to securing leadership support for your program. Try it – it really works. And to a good leader who understands business and economics, it is an easy decision to make.
Richard