How to Earn a Donor’s Trust 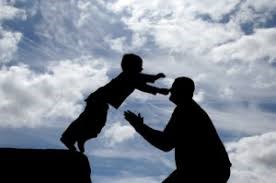 John, a major gift officer, was in the office of a high-powered corporate executive along with the executive director of the nonprofit he was working for. While John had this particular donor in his portfolio for a long time and he was a consistent donor, he had never really made a connection with him.
This particular visit was to report on some of the work the nonprofit was doing, and to give the donor an update on their plans for the coming year. While his executive director was presenting some information to the donor, John looked around the room. He noticed that there were paintings and sculptures of dolphins all over the office.
John made a mental note of this. Several weeks later, John was on a plane and started reading a scientific magazine article all about dolphins. He carefully tore out the article and when he landed, he wrote a note to the donor, enclosed the article and mailed it to his office.
The following week, John got an email from the donor telling him how much he appreciated the article, and would he consider going out to lunch that week with him. That lunch was the start of a deeper relationship with the donor and the organization that turned into much greater levels of giving and engagement.
And what did it take? Connecting with the donor about one of his passions and interests outside of the organization. Dolphins, in this case.
Richard and I have written quite extensively on making sure you as a major gift officer understand a donor’s passions and interests as they relate to all the great programs and projects your organization offers to help change the world.
But there is another side of this: understanding all of your donor’s passions and interests outside of your organization as well. You want to notice them and engage the donor to show her over and over that you know her.
We have story after story at Veritus of major gift officers who only gain the trust of the donor after they connect with the donor outside of the mission of the organization. If you think about it, this makes sense. Donors want to know that you’re real, that you care about them as people – not just how much money you’re going to get from them.
This is what being donor-centered is all about. To do this well, you have to be curious, alert, aware and a great listener. You also need to be vulnerable. (Tweet it!) Here’s a great example for you.
Let’s say you’re visiting with a donor and you want to know how many children were in her family. Now, you could just say, “Margaret, how many children were in your family?” OR you could ask it like this: “Margaret, I’m the middle child of a family of 7 children, and it was hard because I felt like my parents only tended to the older or younger children. How many kids were in your family, and what order were you in?
By allowing yourself to be a bit vulnerable and telling some of your story, it allows the donor to open up in a completely new way than just telling you how many kids she had in her family.
You can know a donor’s interests and passions as they relate to your organization, but unless you gain their trust and know all of who they are, it’s unlikely you’ll obtain a transformational gift from that donor.
Think about John and how he connected with that corporate executive. Dolphins. That’s all it took for that donor to open up and start a completely different relationship to the organization.
Be open, be curious, alert, aware, vulnerable and a great listener.
This is the key to gaining the trust of a donor.
Jeff