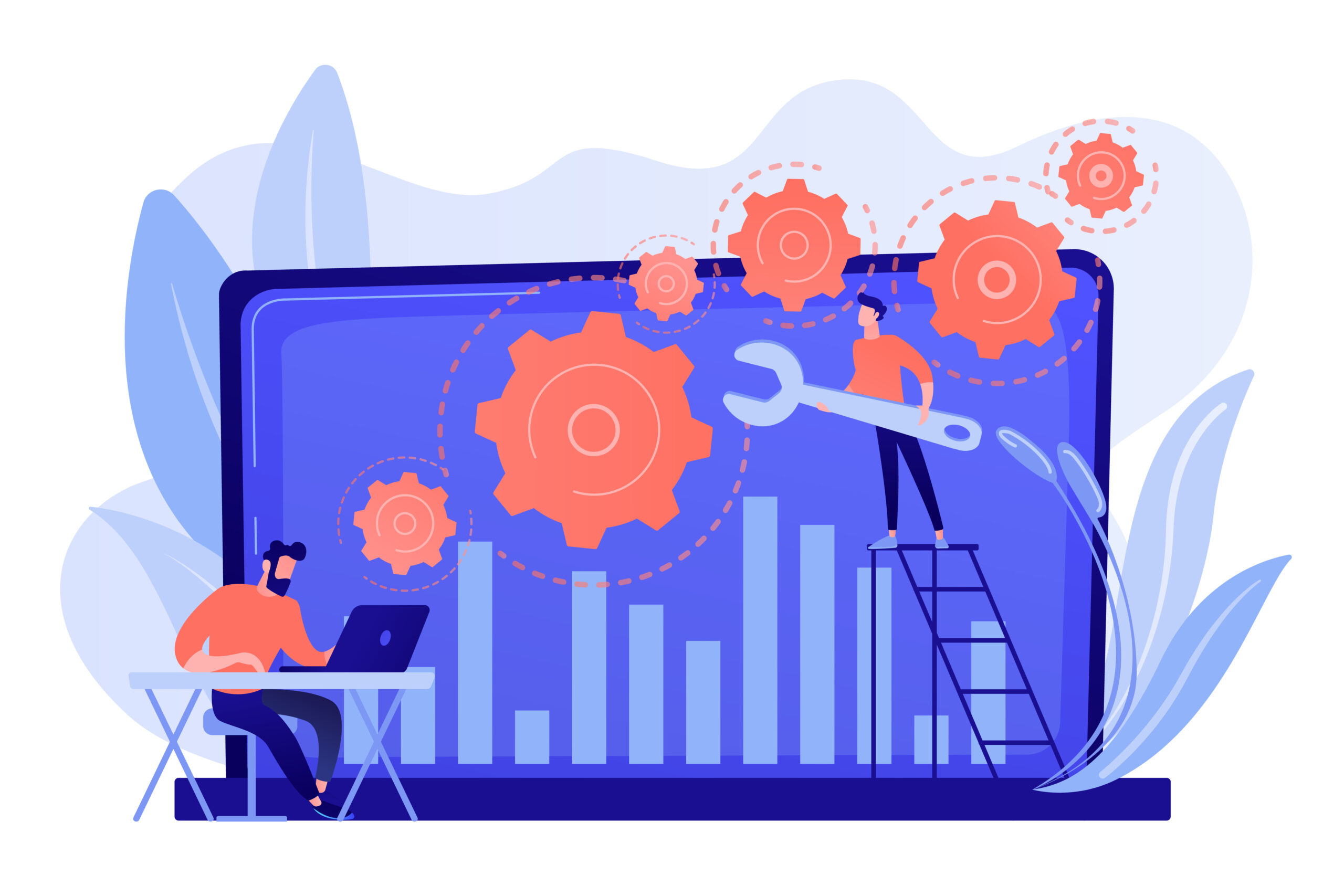 How to Revive a Dying Major Gifts Pipeline

Here’s a donor pipeline and an example of what not to do in fundraising. The numbers show active donors in range-of-giving categories. It is a perfect example of a dying major gifts pipeline. 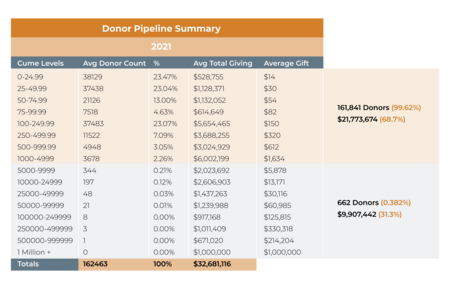 There are several things to note here.

While it is impressive that only 662 donors are giving almost one-third of the total (31.3%) or almost $10 million, this entire pipeline is upside down in value. The top half of the pipeline – $5,000 plus – should be delivering 50-65% of the revenue.

Here is why this one point is so important.

The bottom half of the donor pipeline, from acquisition through general cultivation has a much lower return on investment than the top half – mid-level, major, and planned giving.

So, if a leader does not manage investments and activity in fundraising with this one point in mind, he or she will produce an economic situation for their non-profit that:

This is not a good way to operate. Jeff and I see these kinds of dysfunctional pipelines all the time. And they look exactly like the one above. And every one of the pipelines we look at, that looks like the one above, we quickly label as a dying major gift pipeline. It’s dying because most of the effort and fundraising investment is going to donor acquisition and general cultivation, while hardly any of it is going to mid-level and above. Which means that many of the donors acquired are going away and/or giving less.

This situation is a major waste of donor money and very poor stewardship on the part of the leadership of this organization. No one in the organization is “feeding the pipeline.”

Here is what feeding the major gifts pipeline means:

How is your organization doing at feeding the major gifts pipeline? Ask yourself these questions:

If you are in any of the situations, speak up. Because staying silent and working in any of these scenarios will not be good for you or the organization. The fact is that you need balance to properly manage a healthy donor pipeline. And balance is often hard to find.