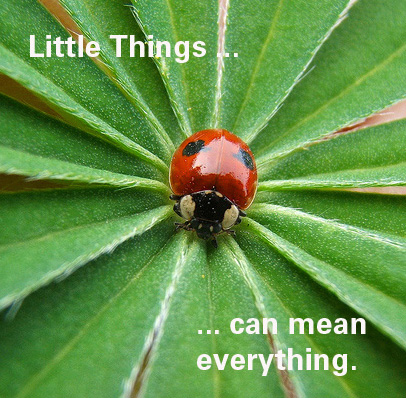 It’s the Little Things That Matter 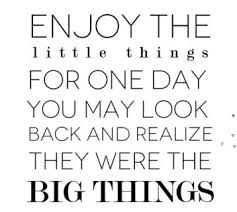 If you’re like most of the MGOs around the world right now, you are focused on what you need to do to motivate that donor on your caseload to make a significant gift. So your focus is on major “breakthrough” strategies. But often, the secret to success can be found in the little things you do for a donor to show that you care and respect them.
One of our associates tells this story that illustrates the point:

A MGO was visiting a new donor and noticed that on her desk was a picture of the donor getting a book signed by the organization’s founder (a famous, highly-decorated war veteran). The photo was about 25 years old. The donor loved the picture not only because it captured a memorable event, but because her now-deceased mother was in the picture, looking on just over her shoulder.
The MGO offered to have the founder actually hand-sign the photo so she could have the book signed AND the photo signed as well. The donor thought that was swell.
So the MGO put the picture in a file folder and took it to work to get it signed. But when he went to take it out for the signature, the photo literally started to disintegrate. This precious heirloom was turning to dust in his fingers. You can imagine his panic!
He quickly scanned the photo and sent it to the local drug store. He paid the premium to get it “fixed.” And the new photo was better than the original – the mom appeared to be clearer in it!
It was quite a happy and emotional event when the MGO took the photo back to the donor, signed, and better than new. The donor was speechless beyond words – and so thankful.

Believe me, this one event in the MGO/donor relationship, which appears to be a “little thing,” has made a tremendous impression on the donor – an impression that, in an instance, deepened the relationship.
Another MGO we work with takes pictures of her donors, especially the older ones. She got the idea when she was visiting an elderly couple who did not have a picture of the two of them together. So she asked if they would like a picture of themselves. They did. So the MGO took one, put it in a nice frame and now it sits on the mantle in the donor’s home.
There are many other stories I could share, acts of kindness and thoughtfulness – little things that show care, respect and love. And beyond that, the stories capture the underlying philosophy that the thing we call major gifts is really not about the money.
As you are looking at the moves you have planned for your caseload in the remaining weeks of this year, think of what you might do for some or all of your caseload donors – see if you can find that little thing that will mean so much and communicate to that good donor of yours that she is so much more than a source of money.
Richard