Does Your Job Position Really Matter? 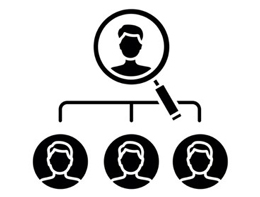 I’ve seen it happen so many times. A very successful person, bored with the familiarity of their job and plagued by many conflicting desires, wants another place in the organization, maneuvers a move to that other place and is miserable after they get there. In major gifts, Jeff and I often see a very successful MGO “just have to” become the major gift program manager. Hmmmm… That could be a pretty big leap!
Why do we do this? Why is it we just have to move to another position and usually move up?
There are some good reasons:

There are also some reasons that are not very good:

So if you’re making the money you need to make, you’re happy in your job, and your boss is also happy with you, why worry about another position unless you can contribute more in another position, or the organization needs you to help in a new way?
Someone might say: “Richard, you seem to be saying that a person should never seek to further their career, either with their current organization or with a new one. Is that what you’re saying?”
No, not at all – and I’m sorry if I give you that impression. I’m talking about the heart and motivations behind the desire to advance, NOT the actual act of advancing, which is good. In fact, if no one wanted to advance in life, we’d stagnate into a non-productive, no-progress, no-energy status quo. And that would be terrible. No, I don’t mean that.
Here’s what I do mean.
If you have unrealized potential and can use that potential (those skills and abilities) to serve others outrageously; if you see an area in the organization you’re currently working for (or in another organization) where you know you could make a difference by contributing your skills and abilities; and if you need more money and one or both of the previous statements are true, then go for it with gusto, energy and determination. I call this reason for advancing the “others” reason, because the focus of your help is on others.
If, instead, your motive is about gaining recognition, power and authority and the points above don’t apply, then stay where you are. You’re obsessing about the wrong stuff. And if you let it play out, you’ll get yourself into trouble. I call this reason for advancing the “self” reason, because the focus of your help is on yourself.
While it’s easy to write about these two positions (others and self), here it’s very complex to actually apply the principles embodied in them because there’s always a little bit of self in everything we do – no matter how “other-oriented” we become.
But my major point here is to control and manage self, and to focus those inner drives on others. When you can tip the balance from self to others, then you begin to experience true happiness and fulfillment in your life.
Richard