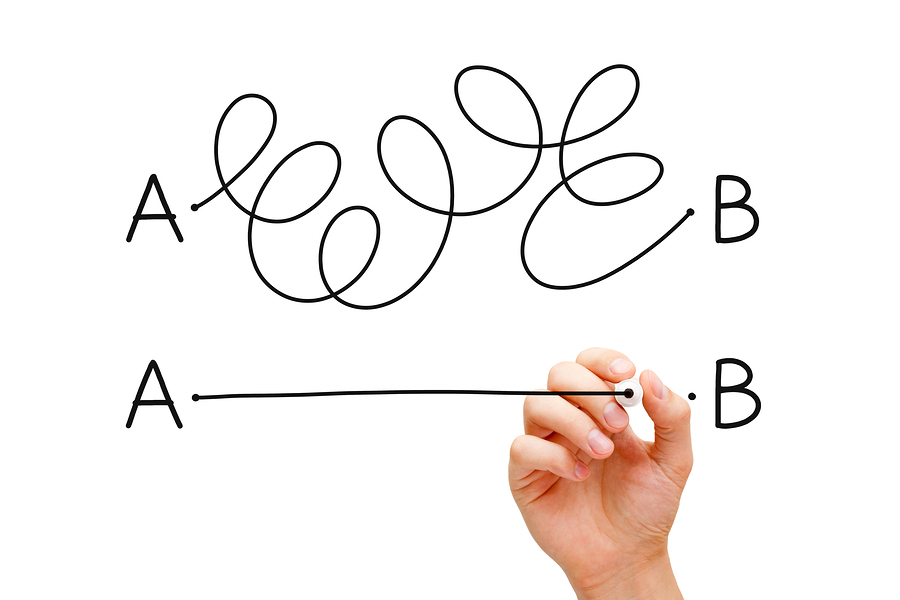 Probably one of the greatest excuses I hear from major gift officers on why they haven’t set up meetings to visit donors is this: “Well, I don’t have a nice brochure or case statement to show them.”
Or this one: “I haven’t done enough research on the donor yet. I can’t just go visit if I don’t have all my research on the donor completed.”
I’m sure you have never used this excuse, but there are a ton of MGOs who seem to want to make things so complicated they become unable to do anything at all.
Here is the thing: donors don’t want complexity. They want to know what you want, how much you need and how it will make an impact. That’s it. Now of course you will want stories and budgets, but beyond that, this is all you really need.
You don’t know how many meetings I’ve been in where some DoD or Director of Major Gifts thinks that before a donor meeting they have to have all these expensive collateral materials, charts and graphs, PowerPoint presentations, etc. or it just won’t be successful.
Unless you’re asking for a $100 million over 10 years (which may require a little more preparation), what you really need to do is sit across from the donor, look him in the eye and talk about the need and how he can make a difference. Then after the meeting, send something in writing that reiterates what you discussed. Nothing highly produced, just something simple to leave behind.
The donor may not want to hear from you that you’re in the middle of a capital campaign and you have a 20-page brochure that you’re handing out to everyone. Fine. Great. Give that out, but I think you know what I’m saying. You don’t have to take all this “nice stuff” with you in order to meet with a donor.
Don’t go overboard on the research, either. I’ll tell you a secret: the best way to find something out about your donors is to ask them in person. I’ve got story after story of MGOs researching their donors to death. They’ve looked at three different wealth-indicator overlays, Googled, Zillowed, etc. until they knew who their mother’s best friend was in college and what she liked for breakfast in the morning.
Goodness.
Yes, a little research is good. A little. Don’t make that an excuse for not visiting your donors. In fact, if Richard and I ever hear from an MGO that he can’t visit a donor because either he doesn’t have the right collateral or he hasn’t done enough research, we’re thinking that this MGO is probably not going to make it.
Great MGOs know that the best way to get to know their donors is to talk to them face to face. This is why they are away from their desks about 50% of the time. They are out there having meaningful meetings with donors. They are engaging them on what their passion and interests are. They are making real connections.
You don’t have to make major gift work complex. Keep it simple and do the real work – making meaningful connections face to face.
Jeff