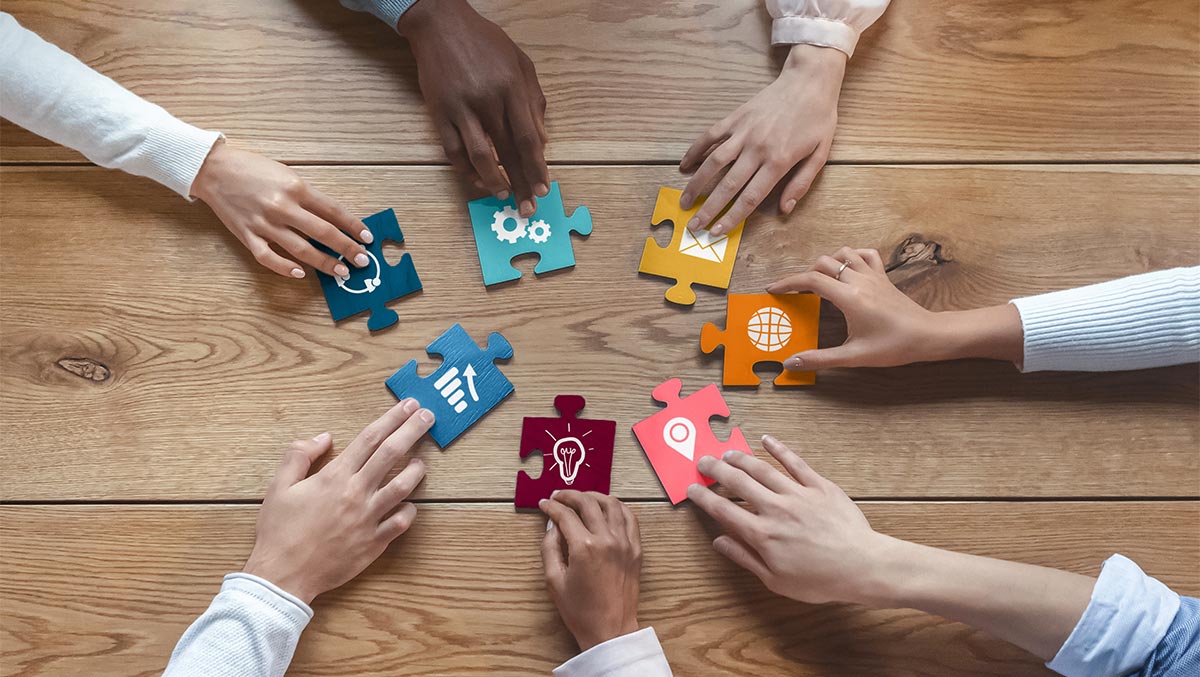 First in a Three-Part Series: Culture of Collaboration

Yep. That’s it. Someone in the relationship just cannot get over themselves. They need to self-express at the expense of others. This is so interesting to Jeff and me. And troubling. This is a problem in all areas of fundraising, where functions that should work together are siloed, with everyone pretty much doing their own thing.

While this is deeply frustrating for staff (and it ultimately needs to be addressed from leadership), the real “loser” in this situation is the economy of the non-profit and the donor. Let me explain.

The leaders of a non-profit are usually interested in two big things: effectively and efficiently fulfilling the mission of the organization, and making sure resources are secured at the best possible return on investment (ROI). Most do a pretty good job at fulfilling the mission. Where trouble rolls in is on the economy of the non-profit.

Jeff and I and our team have seen one or more of the following situations which negatively affect a non-profit’s economy:

This list can go on for a long time. You know what I’m talking about here. There isn’t collaboration. Period. It’s because a manager wants to own more real estate and get more credit than they should. Ego and self-expression.

The result: the non-profit fundraising system doesn’t work as it should, and ROI and net revenue suffer. Jeff and I wish managers and leaders could see this clearly. But many don’t, which is why collaboration doesn’t happen.

And the next victim is the donor. When the insiders are fighting over real estate and credit, someone inside wins and the donor usually suffers – and the donor is stuck in a system the insider decided they should be stuck in, rather than the one that brings them opportunities to give and fulfill their interests and passions better.

This is so sad. And unnecessary.

I could go on and on about this in all areas of fundraising, but in this series of three posts I’m going to address two areas in fundraising that need to do a far better job of collaborating – planned giving and major gifts. These two areas of fundraising are deeply connected and can, if they work together, support the others’ work and support donor relationships.

Each group needs to have enough of an understanding of the other to be able to listen for clues and key details about the donor, while also knowing when and how to involve the other group in a donor relationship.

In the meantime, think about how you can do a better job of collaborating with your colleagues who own different portions of the donor pipeline. Do a check on how you feel about who gets credit for donor gifts. Is your attitude one of grabbing the credit and real estate? Or, are you truly one who is most interested in how the donor is progressing through the pipeline? It’s important to know.

Read the series “Culture of Collaboration”