Small Organizations: Where Do You Find Major Donors? Part 1 of 2 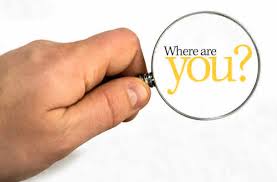 Everywhere we go, Richard and I are asked, “Where can I find major donors to support our organization?
My answer is to stare at the part of their face just above the upper lip… otherwise known as “right under your nose.”
Okay, maybe that’s not such a funny joke to you, but in almost all cases major donors are right there in your donor database. For some reason this is just not “sexy” or plausible for Executive Directors and CEOs.
We’re always talking to development folks about how their CEO is pressuring them to meet the “rich guy” in town or “those wealthy donors that support the hospital” in your community. As you know, that rarely works, yet those EDs and CEOs keep asking you to do it, thinking that some sort of magic is going to happen.
Well, let’s give those EDs and CEOs a little grace. Many of them just don’t understand fundraising, let alone major gift fundraising. They are feeling pressure from their boards. And there is always a story floating around, it seems, about some random encounter a development person has with a wealthy person who wasn’t a donor; that person was inspired and decided to give a million dollars to the organization on the spot.
“See how easy it is? Just go out and find them.” If only it were that easy!
Quite frankly, finding major donors is hard work. There are no shortcuts. It takes discipline, focus and tenacity. It takes faith, too. Faith that, if you stay with it, you will find donors who want to invest in your mission.
This is especially true for smaller non-profits who don’t have many donors to begin with. So I’m going to specifically address how to find major donors for the small organization in this post; in the next one, I’ll address those larger organizations that have many donors on their database.
So, where do you start? I’m going to tell you how I would do it if I were a new development director asked to start a major gift program at a small non-profit. And I’m going to actually give you the hierarchy of importance of each of these areas to find those major donors. Here we go:

Only after exhausting all efforts within your own database would I then even consider going out and finding potential major donors. So this is where I would look, by matter of importance:

I’m not going to lie – finding major donors outside of your small database is very hard work. But if you are a small organization, you sometimes have to do it. I’m just warning you that it will take time, energy and a lot of disappointment before you may find some quality outside donors who will support your mission.
I’m sorry if you were looking for a magic bullet to find major donors. There isn’t one. But if you can follow this guide and work work work, you will find major donors who have a passion and interest in your organization and will want to invest in it. I know you can do it.
Be sure to read my next post, when we’ll talk about larger organizations and how they too can find major donors.
Jeff