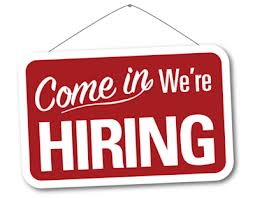 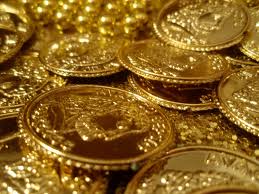 Several years ago I was in Vail, Colorado in the second home of a retired President of a large international corporation.  I had been invited to spend a couple of days with this gentleman and his wife to discuss their relationship with the non-profit that both of us were involved with.
The house was huge.  In fact, until I got used to how it was laid out, I actually got lost in it.  This couple had a lot of money and a lot of influence.  Yet they were gracious and humble.  I was impressed with how they managed their wealth and power – they were truly easy people to be around.
What happened in their home during my visit forever changed my view of major donors.  And it wasn’t some dramatic statement or unheard of revelation.  It was a relatively simple conversation that revealed the basic desires and needs of this good couple and, by extension, the thousands of other major donors we all serve.
I’ll tell you about that conversation in a minute.
But first, let me say this.  I’ve been doing this work for 35 years.  During that time I’ve either personally related to or worked with MGOs who have related to thousands of major donors.
I’ve done countless major donor surveys and focus groups.  I’ve read hundreds of major donor letters, conducted major donor information calls and listened to countless complaints from major donors.  I’ve been with major donors on vision trips.  I’ve been in their homes and businesses.
And all of these experiences have given me some insights into how major donors think – insights I want to share with you that I hope will shape how you treat the donors on your caseload.
Jeff and I are constantly asked the question, “What do major donors want?”  It’s really not a complicated question.  And, I believe, the answer can be summed up in this way:  A major donor wants…

Pretty basic, isn’t it?  Can this be all there is?  I think so.  And during the next five posts I will explore each one, so stay with me.
Now, back to that Vail, Colorado major donor.
Let me explain why I, as a consultant, was in this donor’s home in the first place, because we do not, under any circumstance, engage in direct fundraising with the donors of our clients.
I was there because the donor, who had met me on a vision trip, trusted me and requested that I help him sort through some “issues” he and his wife had with the non-profit.  The non-profit had also agreed to this arrangement.
So, there we were, the three of us, after dinner that first night, in front of a roaring fire, getting ready to talk.  We sat there and I shared some pleasantries about how good the food was and thank you for having me stay, etc.
Then his wife got up and said, “I’m going to go read.  Why don’t the two of you talk?”  And she left the room.
The donor was clearly uncomfortable.  But then he leaned forward and said, “Richard, you have gotten to know me and Ann (not her real name).  You know our hearts.  And you know why we love this organization and what it does.”
“Yes, I do, Paul (not his real name),” I replied.
He continued, “Well, why is it we feel like we are on the outside?  Ann and I have contributed well over a million dollars these past few years and we still feel like strangers.”  And he went on, in explicit detail, to give me an embarrassing series of examples of how the non-profit had marginalized them, making them feel small.
As I went away from that meeting, I realized a couple of things:

This major donor and his wife eloquently expressed some basic needs and desires they wanted in their relationship to the non-profit.  Needs and desires that had been deeply felt but not expressed.  Needs and desires that were easy to take care of but were left unattended.  Unmet needs and desires that were driving the donor away in a seemingly uncontrollable way.
Here’s the reason this one meeting changed my view of major donors and what drives them.  Up until this time I had been looking for a set of complex motivational drivers in the giving equation.  I mistakenly thought that a lot of money and a lot of sophistication meant that major donors had complex reasons for giving.
It turns out they don’t.
The insight I got in that meeting was that the needs and desires of all major donors are really rather basic and common to all of us.  We all want understanding, respect, honesty, involvement and to make a difference in our giving relationships.
The other insight I gained was that it is relatively easy to take care of these needs. Stay tuned as I tell you how.
Richard
Read the entire series: