Valuing Impact, Outcomes Vs Overhead: #2 Trend to Watch in 2015 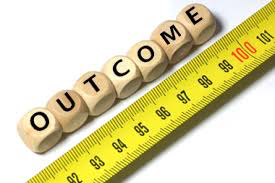 More non-profit leaders, MGOs and donors will value impact and outcomes vs. overhead in 2015. That is the second trend to watch this year.
In an earlier post on reminding your donors about impact, I wrote about the need to focus on impact and outcomes rather than overhead. I wanted to help you answer the questions from donors you will surely face this year on this important topic.
On the broader platform of non-profit management and watchdog agencies, there is a growing discussion in this area with a number of good folks trenching into familiar and safe positions believing that they can defend a situation where they are reporting that they have 12% or even 8% overhead, while they sit on an organization that is accomplishing very little with the money donors are entrusting to them.
These good people (and I do believe they are good) are focused on the cost of doing business rather than the business itself, which is what the organization is organized to do – i.e. the business of service to humankind and the planet.
This always amazes Jeff and me – that intelligent, well educated, experienced men and women who lead these organizations can look at what they are NOT achieving in program, ignore it and then take pride in the fact (which usually isn’t true) that their overhead is “so low.” Amazing.
We had one overhead situation last year with a large national organization we were trying to work with (we didn’t get the business). We had done an audit of their work and discovered that virtually every chapter of this organization was reporting a higher overhead percentage than the published headquarters percentage. The managers of these chapters told Jeff and me that “I don’t know where headquarters gets their numbers, but when we audit ourselves the spread between what they report as overhead vs. what we KNOW is overhead is 10% or more!”
Now, I don’t think any these folks set out to lie about this. I do think they are trapped in the vortex of old thinking and old non-profit culture. And it’s pretty scary to venture outside of that world to the real world of outcomes and impact. So I understand this.
Here is why it is so scary. The whole idea of charity work has its roots in religious beliefs (“do unto others…”) and volunteerism, where people volunteered their time and gave of their extra or used goods in order to help others. A website documents this history which I have edited a bit here:

So this country is rich in its activities to give to others; you will notice that one of the key values was the giving of time and making sure that “most of the effort went to helping others” (program). And if you are reading this in other countries, I think you will find the same general idea operating – give of your time and goods to make good things happen. And spend as little as possible on non-program activities.
So you can understand how people would embrace the idea that low overhead costs are virtuous, and high overhead costs are evil. But all of this is starting to evolve to a situation where good non-profits are run like good businesses, with all the disciplines of accountability and performance measurement to assure that real impact and real outcomes are achieved. And this is good.
You will see progress this year in this area, as more and more non-profit leaders, managers and donors begin to value outcomes and impact, as opposed to overhead.
Jeff and I are excited about this trend because it means that more and more non-profits will get back to the business of really fulfilling their mission and focusing on making more good happen on the planet, rather than obsessing about the overhead.
It will also mean that more resources will be available to provide higher quality and more effective program and, in some situations, the staff will be paid a livable wage – which means more good talent will join the cause, and better solutions to the world’s pressing problems will be found.
This is so exciting, and we are looking forward to it. We suggest you join in the conversation however you can, as you journey through this year.
Richard
Series details: Trends to Watch in 2015