Wells Fargo Scandal is Like Many Major Gift Programs 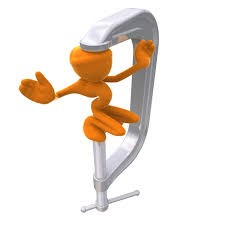 You’ve probably heard about it in the news: Wells Fargo says it has found a total of up to 3.5 million potentially fake bank and credit card accounts, up from its earlier tally of approximately 2.1 million. In other words, there are two-thirds more fake accounts than previously realized.
What has caused this troubling situation? Relentless pressure. Wildly unrealistic sales targets. Employees leaning on family members and friends to open unnecessary bank accounts. There were incredible demands from managers to meet sales quotas. The same managers turned a blind eye when ethical and even legal lines were crossed.
“I had managers in my face yelling at me,” said Sabrina Bertrand, who worked as a licensed personal banker for Wells Fargo in Houston. “They wanted you to open up dual checking accounts for people that couldn’t even manage their original checking account.” Currently a middle school teacher, Bertrand said she believes the sales targets were set by managers who were higher up: “The sales pressure from management was unbearable.”
The pressure cooker environment is also described in a lawsuit filed by Los Angeles against Wells Fargo in May 2015. The lawsuit says that Wells Fargo’s district managers discussed daily sales for each branch and employee “four times a day, at 11 am, 1 pm, 3 pm and 5 pm.”
All of this stems from Wells Fargo’s internal goal of selling at least eight financial products per customer. It’s what Wells Fargo calls the “Gr-eight initiative.”
In pursuit of this goal, Wells Fargo employees engaged in all kinds of sordid practices. One of them was internally called “pinning,” where the bank issued ATM cards and assigned PIN numbers without customer authorization.
The bankers would impersonate their customers and “input false generic email addresses such as 1234@wellsfargo.com, noname@wellsfargo.com, or none@wellsfargo.com to ensure the transaction is completed,” the lawsuit said. The customer, meanwhile, remained completely unaware of the unauthorized activity.
Authorities say employees at the bank secretly created millions of unauthorized bank and credit card accounts between 2011 and July 2015, allowing the bank to make more money in fees and meet internal sales targets.
Thankfully, Wells Fargo is taking care of all of this. They have fired 5,300 employees over the last few years related to this illegal activity and agreed to pay penalties of $185 million.
So what does all of this have to do with major gifts?
Plenty.
Jeff and I, just over the last year, have been aware of situations where too much pressure for results has approached some ethical lines:

And there are many more.
This happens because of pressure from leaders to get the money. And as Jeff and have repeatedly said – if you go for the money you may get some, but you will lose the donor.
Don’t do this! If you are pressured to get the money, you might consider finding another job. Any non-profit whose leaders perpetuate this kind of high-pressure sales culture is not worth giving your labor to.
The money that a donor gives you is a sacred trust. Protect that trust at all costs.
Richard
PS – Many of you are facing some pressure right now to meet your looming year-end revenue goals. Let us help you with tools and strategies for this crucial time ahead: register for our course “Making Your Year-End Goals.”