What Good Does an MGO Do? 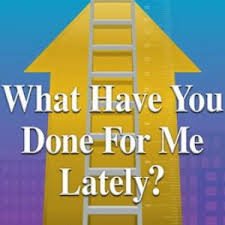 “So, tell me, Richard.  What good are those MGOs doing when all I see on the reports is that some of the money they received was motivated by direct mail, some of it was motivated by that event we had, some of it came in white mail and this other little portion came as a direct result of their efforts?  I don’t get it. Where is the value add? I am not sure they are doing any good!”
That was the statement made by a top manager several years ago when we were talking about the progress, or lack of it, of his major gift program.
You’ll be surprised at how all of this ended up.  Unbelievable!
But let me continue.  I patiently told this man the following facts about his major gift economy:

This interaction was so interesting to me.  And think of the logic of it.  I receive $1,000 from a donor in year 1.  The following year I receive $540 from that same donor.  I have lost $460 right?  That $460 is gone.  Vanished.  Not in my hands.
Then I start treating the donor as a partner vs. a source of cash.  I start communicating differently and, guess what?  The $1,000 comes back.  Isn’t the $460 found money?  Sure is.  Wouldn’t even $200 more than the $540 I received last year be found money?  Yep.  Wouldn’t it still be found money if the donor sent it back in a direct mail envelope or she gave it as a result of reading the newsletter or attending an event, etc., etc.?  Yes.  Yes.  Found money.  New money.
Well, he would not have any of it.  He stood up, looked me in the eye and, before storming out of the room, said this:  “Richard, I don’t care what you are saying.  I want to see NEW money!”  And that was the end of the discussion.
Now it is two years later.  This man should be fired because he has managed to squash the spirits of his MGOs who have all, except for one, left.  His major gift economy is in shambles.  His value attrition is back up at the high levels we started with.  His donors are not happy as evidenced by their rapid departure from the organization.  But this man still sits at his desk and demands new money.
Pretty scary.  And pretty sad.
Jeff and I were going to work with another organization several years ago in which the top 722 donors gave a total of $8.2 million dollars in one year, and then dropped to $3.9 million the very next year!    So in just one year $4.3 million dollars was lost! And the losses were not in one big one-time gift that went away.  They were $5,000 and $10,000 donors, even a $72,000 donor, who simply went away. Why did they go away?  Because they did not know they were making a difference.  They were treated like sources of cash vs. partners.  They were abused and mistreated, so they went somewhere else to make a difference.
Dear reader of this blog:  this is serious stuff.  This is where all the rhetoric stops.  When donors are fleeing the scene, as evidenced by their change of giving that cannot be explained either by a shift of interest or a change of life circumstance – when they are scampering out the door, something is wrong.  And to sit around and argue about NEEDING TO GET NEW MONEY, when all I have described earlier is happening, is a worthless exercise.
That is why Jeff and I get so worked up when Directors of Development and other executives come up with all these schemes to get “new money” or new major donors when their current MGOs are not even managing the good donors they have.  It defies logic and professional fundraising practice, not to mention sensitive and caring human relationship management.
So, if you find yourself in the discussion of “new money” or “what have you done for me lately, MGO”, then hopefully the content of this post will be helpful to you.
If nothing else, I hope it will serve as a reminder to seriously value the good donors who are currently in your care.  They are good people who have made a commitment to you.  They deserve your careful attention, respect and love.
Richard