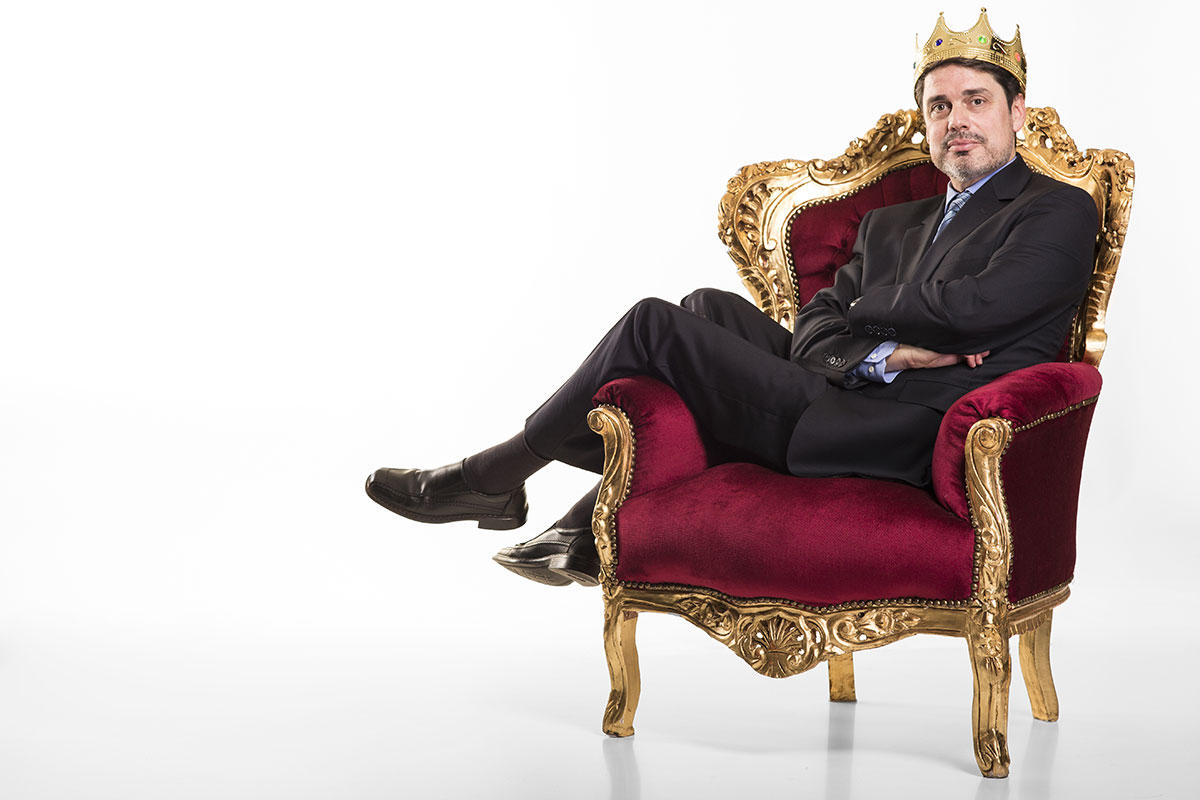 You’ve met them. They’re everywhere – buried inside so many good organizations. People puffed up with unreasonable and inordinate self-esteem; people who regularly show scorn and contempt for others; folks who are domineering, overbearing, and downright difficult to like.

And many of them are fundraising managers and leaders. I don’t know how they got there. In the company I owned, I would weed these people out, no matter how good they were!

But there they are, and you have to deal with it.

Why am I talking about this and how does it relate to major gifts?

And, by extension, when a major gift program is successful, I have seen managers and leaders just change before my very eyes into arrogant monsters. Not all of them, but enough so it merits writing about it.

Why does this happen?

Now, I’m not a psychologist, but I know enough about myself and my journey to know that I used to think most of my success was about me. Used to. Then, as I went through the counseling I needed to go through and discovered how desperately inadequate I felt – how low my self-esteem was – and how I was awkwardly trying to give myself value by grabbing as much attention and credit as I possibly could.

I remember, in the early days of the company my business partner and I founded, I was so jealous of the attention my partner was receiving as a result of getting new clients and sales for the business that I insisted I play a major role in sales, even when I wasn’t good at it!

My business partner graciously allowed me to make a fool of myself by letting me play a major role in a sales presentation for a large prospective client. I messed it up royally and was so embarrassed. It wasn’t until later in our business relationship that I found peace with my gifts and my role and was able to avoid this attention-grabbing thing I was doing way too frequently.

So, one reason for the arrogance could be that the person thinks it’s really all about them.

Another one is fear. I have seen front-line fundraisers, major gift managers, and grant writers who are filled with so much fear about their job, their performance, or the performance of a colleague that is so much better than them, that they fill their environment with bluster and swag as if that will protect them or change the circumstances they find themselves in.

Another reason for arrogance in fundraising could be simple lack of awareness. A front-line fundraiser has been working hard with a donor and the donor finally decides to give a large gift. BAM! The front-line fundraiser thinks it’s all about them. And so, they strut around like a rooster in a hen-house loudly displaying all their achievements in this situation.

They are not aware of the mysterious thing that happened in the donor’s heart and mind that caused the gift. True, the front-line fundraiser made the case and presented it. But I think that is less than half the reason the gift actually happened. It was the donor that found comfort and connection with the idea – it was the donor that found fulfillment and outlet for their feelings of compassion and caring for our planet and its people. It was the donor who opened up their heart and their hands and let the funds spill out and bless the organization.

Goodness! How we forget about the donor!

Just to be clear, I am not saying a front-line fundraiser should not take satisfaction with securing a large gift. Nope. It is a fact that, had it not been for that front-line fundraiser’s actions, the gift would likely not have occurred. So, that is something to be proud of and feel good about.

In fact, when a front-line fundraiser calls me and tells me about a gift coming in, I genuinely celebrate with them in a loud, generous, and dramatic way. And I build them up and tell them they have done good work. I also remind them how thankful we need to be for the donor’s generosity.

So, how should we deal with arrogance in fundraising and the major gift workplace? Here are my suggestions:

We are so lucky to be involved in this kind of work! Every morning, when I wake up, I start my day feeling thankful for life, for those who love me, for the work I get to do, and for the lessons I am learning from those who don’t like me and from the hard situations I face. What a great place to be!

PS – If you want to learn to be a better manager and lead your team in a way that motivates and inspires, download our free White Paper on “Hiring and Retaining Major Gift Officers.”