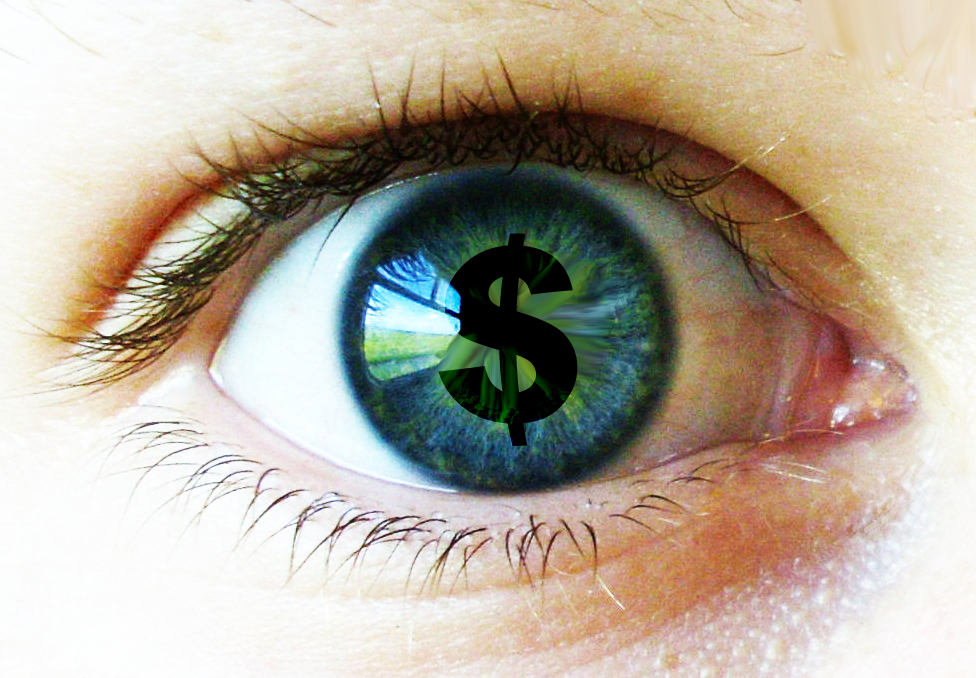 Reason #10: When Money Becomes the Objective, not the Result.
One of the toughest things for me to witness is a major gift officer who is under extreme pressure to make either her monthly or year-end goal and she hasn’t been communicating with her supervisor or board.
Why?  Because it tells me two things:  1. Something is broken with the philosophy and strategy of the major gift program and 2. When MGO’s start to “press” for a gift, they lose their brains, forget about the donor and focus on getting the money.
Believe me, when a non-profit, MGO or Executive Director starts to focus on the money rather than the donor, for whatever reason…they lose.
Why?  Because major donors are real people like you and me.  They just have more money than most of us.  They have the same fears, concerns and trust issues as we do.  Just like you, if they detect that you only want money from them, your ability to form a trusting, long-lasting relationship will be compromised.
Think about it in your own personal life.  You know when someone really seeks an honest relationship versus just wanting something from you.  The latter doesn’t feel good, does it?  You might provide the “thing” they are wanting, but you don’t like it.
Now, you might actually get the “gift” from the donor when you chase the money, but the long-term relationship becomes damaged and, more often than not, the donor goes away and becomes another attrition statistic.
I know what it’s like to have a goal and sense that you’re not going to make that goal.  It’s NOT a good feeling.  It keeps you up at night and those snakes and vipers in your head tell you that you’re a failure.
However, with a well-run major gift program, where all players – the board, ED and major gift officer are working together, this can be avoided.
All this major gift stuff is about building and maintaining strong relationships with people.  If that is the objective and you do that extremely well, the money will follow you.  But, if you get tempted to go after the money without understanding the complexities and subtleties of the relationship, you have a real possibility of losing it.
Hey, I’ve made this mistake myself. (I’ll tell you about my story in the posts to come) The only reason I can tell you the truth of this is because I’ve blown this rule big time!  Thankfully, I’ve made it through in order to warn others.
As I’ve said in earlier posts, your job with your major donors is to know them and understand their passions.  If you do that right and continue to trust that approach, your goals will be met.
Okay, so perhaps you do everything right, but you’re still not meeting your goals and you can’t sleep at night?
Well, don’t let it come to that.  What do I mean?  Remember what I said earlier, that a well- run major gift program has all the critical players on the same page.  That means COMMUNICATION is the key.  There should NEVER, EVER be a time when the Executive Director has to ask why major gift giving is down (or up for that matter) in a particular month.  That is because the MGO is constantly reporting back on what is happening with their donors.
Hey, some things are out of your control.  People die, businesses go bad…you can do everything right and still not make your goal.  But if you’re communicating up line to your supervisor on a consistent basis, talking strategy, etc., then I guarantee that if your ED is of sound mind he/she will understand.
No one has to like it, but no one is surprised.
Let me state this clearly.  Do NOT just go after the money.  You will ultimately lose.  Deepen the relationship and communicate with folks.  If you think donors won’t get the fact that you are just chasing the money, you are mistaken.  They know.
Build and deepen that relationship…there truly is a reward at the end for everyone.

Series Details: 10 Reasons Why Most Major Gift Programs Suck!
Intro and #1: Development Directors review the WRONG criteria for success.
Reason #2: Non-Profits do not treat their donors as partners, but as sources of cash.
Reason #3: The Relationship between Development and Program is Broken
Reason #4: Wrong People Hired as Major Gift Officers
Reason #5: Lack of Management and Accountability
Reason #6: No Marketing Plan for EACH Donor on the Caseload
Reason #7: We Don’t Take the Time to Understand a Donor’s Passion
Reason #8: Most Non-Profits are NOT donor-centered.
Reason #9: We Don’t Tell Donors How They Made a Difference.
Reason #10: Money Becomes the Objective, not the Result.