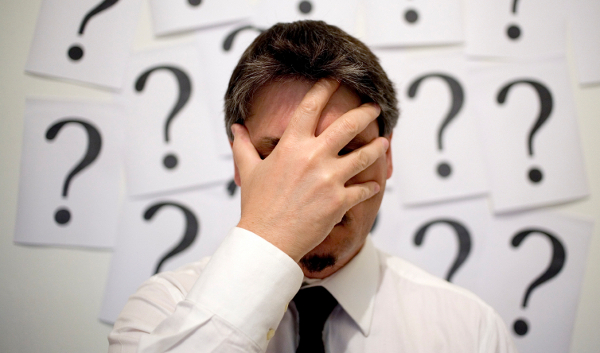 You Need to Make Mistakes

Making a mistake is one of the best things you can do.

Did I just say that? Yes. And I mean it.

In my last post I talked about how we all need to own up to our mistakes and how donors will appreciate it when you do. Today, I want to urge you not to be afraid to make mistakes.

This is a hard one for me to write about. For years I would do anything to try to avoid making a mistake. I was afraid that if I messed up, I would get into trouble and I would no longer be loved. Even into adulthood, it’s hard for me to admit mistakes.

Fortunately, I have people in my life who not only have plenty of grace for me, but they also have created an environment where it’s okay to make mistakes.

I probably make 4 to 5 mistakes a day… maybe more. In fact, my last blog post had a major mistake that caused one reader to wonder if I just made up the story. I called the organization I wrote of in the blog by the wrong name. Twice.

To be honest, my first thought was “no way, I couldn’t have gotten that wrong.” Sure enough, I looked it up and – boom – I was wrong.

I made a mistake. Twice.

Whether it’s innate within us (perfectionists come to mind) or you are part of a culture in your job that makes it difficult to admit mistakes, you and I have a hard time admitting we’ve messed up… even though we know EVERYONE makes mistakes.

As an MGO you are going to make some mistakes. Some will be small, some will be very big. But as I said in my last post, it’s how you respond to those mistakes that makes all the difference to your boss, colleagues and donors… well, to just about anyone in your life.

When I speak to different groups about major gift officers, I tell folks that if you want to be an extraordinary major gift officer, you have to make mistakes. That kind of throws everyone off for a moment, but what I’m really trying to say is that if you are a person with passion, drive and initiative (like all great MGOs are), you are inevitably going to mess up sometimes.

What’s important is what you learn about those mistakes – things that will help you become better at your work.

Usually those who are worried about messing up don’t do too much. They are too afraid to try new things and shake things up. I experienced this in my own life. When you live a life trying to avoid mistakes, you don’t take risks, you don’t step out of your comfort zone, and you simply don’t live!

I know an MGO who was cultivating a major donor for years. The MGO knew that if he could take this person “to the scene” (as Richard often describes) and show him the need, this donor would be compelled to give a very large gift. Unfortunately, the organization did not have the budget or infrastructure set up to bring donors to their work overseas.

The MGO decided to create his own trip for this donor. The MGO didn’t tell anyone in his organization he was planning this trip – not even the CEO. Now I’m not advocating that you do this, but long story short… the donor was blown away by the trip, gave a 3.5-million-dollar gift and has since continued to be one of the organization’s largest donors.

The MGO got in trouble, but obviously they were pretty forgiving for the “mistake” he made. This MGO took a risk. In the eyes of the organization, he made a mistake by not telling anyone in his organization what he was doing. Obviously, not a great idea. But he did it because he knew the donor needed to see the need, and that would compel this donor to a greater investment.

Admittedly, it could have gone really wrong. Then it would have been an even bigger mistake. But this MGO made something happen by taking this risk. He didn’t let fear of getting in trouble stop him from doing something extraordinary for his donor.

Now the organization does many “view trips” every year for donors.

One last thing about making mistakes: Because you will make mistakes and there will be people in your life who will have grace for you, so too must you have that same grace for people that make mistakes that affect you. You will receive back what you give out in this world. Please don’t forget that.

Now go out and live. You’ll mess up, but you’ll learn so much more.