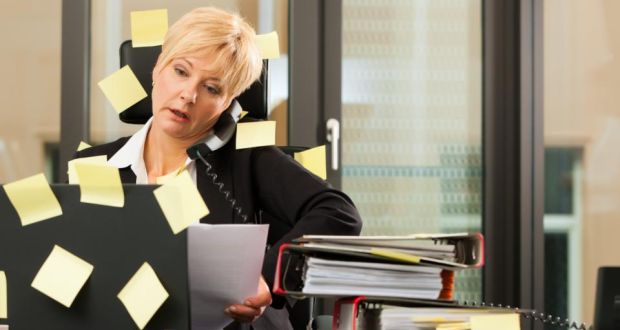 The Life of an MGO is Messy 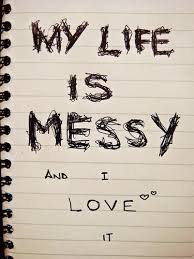 Sharon (a major gift officer from an East Coast nonprofit) got a call from a very important donor. The donor wanted to meet her in New York City the following week at the University Club to discuss a large gift she was considering.
Sharon was excited. She had been cultivating this donor for over 18 months, and she knew this donor had tremendous capacity to give a very large six-figure gift.
In preparation for the meeting, Sharon had done all her homework on the projects and programs her donor would like to fund. She had even researched the University Club, had all her directions, picked out her best business attire and even laid out two pairs of shoes the night before… her workout sneakers to wear on the train, and another pair to wear for the meeting. Sharon was an avid note taker, and she had her iPad for her presentation and for taking notes during the meeting.
She was ready.
The day of the meeting arrives; she takes the train into New York City and gets into the cab with plenty of time to get to her meeting. She takes off her workout sneakers and reaches for her “meeting shoes.” Not there! What? She forgot them at home. Sneakers will not be welcomed at the University Club. Yikes!
She has 20 minutes now to get to her meeting. Thinking fast, she sees a Target store and orders the cab to stop. She jumps out of the car, runs in and quickly finds a pair of dress shoes ($12) and gets to the University Club with 2 minutes to spare. Whew!
Sharon meets her donor at the doorway and walks into the dining room. She starts to set up her iPad for the presentation and for note taking. Immediately a waiter comes over and says no electronics or notebooks are allowed in the dining room. “What? But how am I…?” A brief moment of panic hits her. Calmly, as she is making small talk with her donor she is also going through the presentation, the facts and figures, and the stories of the mission in her head. Not only that, she is forcing herself to take mental notes on everything her donor is saying.
This is her first real sit-down with this donor, and she doesn’t want to forget anything the donor is telling her. Sharon does her complete presentation verbally. Because she had gone over it with her PowerPoint so many times, she was able to remember all the key points. The donor is impressed and wants to make a nice, sizable gift to her organization.
After the meeting and the donor has left, Sharon heads to the business office of the University Club to write up her notes from the meeting. She puts on her workout sneakers again and heads for the train. A good day.

John (an MGO from a large nonprofit) has been cultivating a donor for over 12 months, and the donor has been elusive. While John has been emailing and writing notes to this donor, he’s never had a face-to-face meeting.
Finally John is able to break through. The donor agrees to meet him at his home in Northern California in two weeks. This means John has to act quickly to get his flight, hotel, and car reservations. While this doesn’t give him much time, he’s all over it because he knows this donor loves the mission of the organization and has great wealth.
The day before he leaves, John is back at his office getting ready for his long trip. His cellphone rings and it’s the donor he’s meeting the next day. “Hey John, sorry to do this to you, but we’ve had a change in plans and I’m actually going to be down at my vacation home in Florida tomorrow. Do you think you could meet me there?”
While slightly annoyed that the donor told him this at the last minute, John rearranges his plans and heads down to Florida. When he gets there for a noon appointment, the donor once again has to reschedule for later in the day because a business meeting suddenly came up. This means John now has to stay overnight; he needs to find a hotel and change his flight for the next day. And before he leaves to find a hotel, the donor says to John, “when you come back at 5pm, make sure you have boat-safe shoes and dress casually, because we’re going out on my boat.”
The problem was that John only brought what he was wearing… a suit and dress shoes. Not only does John have to find a hotel and change his flight, he now has to buy all new clothes and shoes.
The donor finally did meet with him; they had a great time and John got a commitment from the donor for a large gift.

These are just a couple of examples of the crazy life of an MGO. It’s not all clean and tidy. You can have your best plans laid out, and it could all go awry.
There are two ways Richard and I have witnessed MGOs responding to these situations. One is to get all frustrated and defeated, and talk about the situation as if it were the worst thing you ever had to go through; or as we’ve heard from the great MGOs, they get excited about the challenge, think quickly and don’t let the situation overwhelm them.
In fact the two MGOs who told me these stories did it with such excitement, they could barely contain themselves. Essentially, they embraced the messiness of it, were quick on their feet, and approached a challenging situation almost like it was a game to win.
Great MGOs go with the flow. They know that things change. Major donors have busy lives, and sometimes plans can change in a minute. If you want to be a great MGO, you have to understand that it will never be a clean, clear, everything-is-in-order type of job. It’s messy. You have to embrace it.
Jeff
P.S. – Please share with the Passionate Giving community your “messy” MGO story, through comments on our website or on social media. We’d love to hear it.