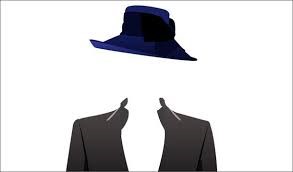 Over the holiday break, I was reminded what it feels like to be with someone and be invisible. I am sure you have had the experience. You’re sitting across from someone and the entire field of energy and conversation is all about them. It is a constant barrage of “me and I” statements that force you to muster up every bit of strength to stay polite and keep listening.
I went away from that encounter with a little bit of self-doubt. Was I really that boring? Is there nothing of value about me that would be of interest to that person?
And then I caught myself. This was not about me. It was about the other person – it was entirely about the other person and their self-absorbtion.
There are various other versions of this scenario which can be just as hurtful.
One type is the person who doesn’t remember anything you have told them about yourself. This happens to all of us, I know. You just don’t remember. It happens to me – someone I am talking to says: “I told you that, Richard. Don’t you remember?” I’ve decided I just need to tell the truth, and I confess that I don’t remember and I’m sorry. Then I process why I don’t remember. Do I just not care? What is it?
Here’s the point. No one likes to be invisible. And that includes your caseload donor. Your donor wants to be known. I’m not talking here about knowing every private little detail of their lives. No. Your donor wants to know that you know what they care about – what they want to invest in.
Jeff and I, and our associates, have seen so many situations where a MGO keeps talking to and writing a donor about projects and programs they simply are not interested in.
I had one donor recently tell me how frustrated she was with the MGO from her favorite charity. She said: “Richard, it’s like this lady has never stopped in her quest to get my money, and spent the time to find out what I really care about. It’s so frustrating.”
I asked her why she just didn’t bring the subject up with the MGO. Her reply was enlightening. “Here’s the thing, Richard,” she said. “I am reticent to bring it up because it makes me look selfish – like all I care about is me and what I am interested in.”
I reminded her that that was the point of a charitable transaction – to fund those things that a donor is passionate about. But I understood her point.
You see, not asking for and serving a donor’s interests and passions causes two hurts. First, it hurts the donor because she is not properly served. And the donor is in an uncomfortable position because, unless she says something, the MGO keeps blathering about things she is not interested in.
Secondly it hurts the organization, because a donor who is not properly served does not give generously, and the organization misses out on the giving that they could get from the donor if they were talking about the right things.
One donor told me this about an organization he was supporting: “They have no idea what I am interested in. So I just give them a token amount because I do like the organization. But most of my money goes to [other organization]. They are really on top of things!”
This donor is invisible. How tragic that the MGO is totally unaware of this situation.
How many of the donors on your caseload do you really know? All of them? Stop and take inventory. I know from experience that most MGOs do not know their donors as they should. This one point is hurting that MGO’s ability to raise needed funds for program, while dishonoring the donor.
Make it your business this month to get to know your donors. It will be good for them and for you.
Richard
Read the whole series: