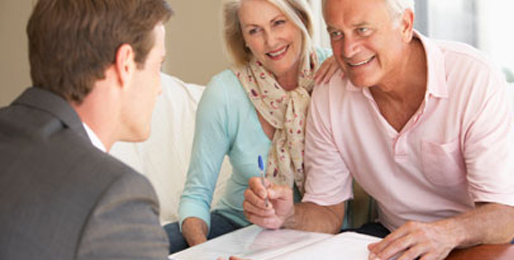 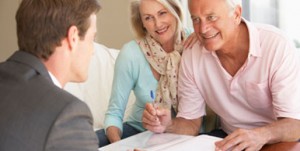 With trillions of dollars transferring from one generation to another in the next few decades, planned giving, Pillar #5, is an important part of the ideal major gift organization. If you have not planned giving as a central part of your major gift organization, you must put one in place, not only to help your good donors in the critical planning they must do in this area, but also to secure additional funding.
I have titled this post Turning Planned Giving into Strategic Giving because of some sage advice and input from our own Anne Nash, who specializes in Strategic Gift Design and Asset-Based Fundraising.
While a lot of good can be said about traditional planned giving strategies, the progressive non-profit is adding strategic giving advice to their portfolio of offers to donors.
Anne’s concept is about helping affluent major donors structure their wealth now for partial distribution while they are living so that it can benefit them economically and bring a lot of joy and fulfillment as well.  It’s sort of like turbo charging the donor’s annual and legacy giving.
In her concept, you not only engage with the donor and his or her attorney but often with the donor’s family, business associates and advisors – in fact, anyone who is or could be part of the donor’s economic landscape.  This approach takes you far beyond the traditional asking and giving models and, using tax and financial planning tools, helps the donor think creatively about how to use the assets they have and control as a critical part of their giving.
Another thing Anne is obsessed with is the intersection of major gifts and planned giving.  Let’s face it, these two “camps” are often managed separately, compete with each other for “credit” and generally do not talk to each other.  It’s like your family doctor, the general practitioner, not ever talking to or relating to the specialist!  Crazy.
We’re talking about ONE donor here – one donor who has cash and assets and who is currently living but eventually will pass.  It’s one thing, not two.  But we often don’t manage it that way.  That’s why Anne feels so strongly about how these two come together and why the passage between them must be navigated carefully since it is populated with your very best donors who must be treated with great care and have the professional attention and interaction they are accustomed to.
So, the first critical points in Turning Planned Giving into Strategic Giving are:

There is one more reason to beef up your planned giving efforts beyond the two points above.  Your good service in this area will also protect some of your most valuable donors from abuse.  Let me explain.
Lisa Gibbs, writing in the August 2011 issue of Money magazine, tells us that seniors lost nearly $3 billion in 2010 to financial predators.  She goes on to tell the story of how a local insurance agent “persuaded Art Tener, 79, a retired auto dealer service scheduler, to roll $113,000 in savings he had in annuities into new deferred annuities that handcuffed the money for up to 16 years despite a terminal illness that doctors said meant Art had less than two years to live.”
Art’s son Jim, 52 said:  “Instead of enjoying what turned out to be the last nine months of his life, he didn’t have $100 to spare.”  The article goes on to say that: “One out of every five older Americans has been sold an inappropriate investment, paid excessive fees for a financial product or service, or been a victim of fraud, according to a 2010 study by the Investor Protection Trust.”
Let me bring this home to you in a very personal way.  If your parents are still with us and elderly, ask yourself this list of questions (from Money Magazine) which are designed to determine if they are at risk of being defrauded out of their hard earned money:

Here’s the reason I am including the topic of abuse in this post.  Don’t think for one moment that every major donor on your file has available to them the services of advisors that will help them not only plan but also avoid getting taken advantage.  Many do.  But many do not.
And, if you accept Anne’s premise that major gifts, when holistically applied to your good donors, includes ALL the advice related to the wealth of an individual, then you have to include in your services to donors everything that looks at current cash and assets, future disposition of cash and assets, plans that are in place or need to be put in place AND protections against fraud.
Does all of this sound like your donor has a very good friend watching out for every aspect of their finances?  Yes!  That’s the point.  A partner who walks with them – and someone who thinks holistically about it all.  Now, to be clear, a MGO or PGO should never take the place of a legal or professional advisor.  The role I am suggesting here is that you are a good friend who, in essence, is “another set of eyes” to make sure things are in order and done right.
Along with Anne Nash, my good friend and colleague, Doug McDaniel, a planned giving guru with The Salvation Army, has helped me understand the important role of planned giving in the organization. His input has help frame some of the questions you should ask yourself when evaluating your program:

There you have it, Pillar #5: Turning Planned Giving into Strategic Giving.  I can’t emphasize enough how important it is to make sure you are doing this area right, both for the revenue it can bring to your good cause but also for the great and needed service you can provide your good donor.
Richard
Series details: