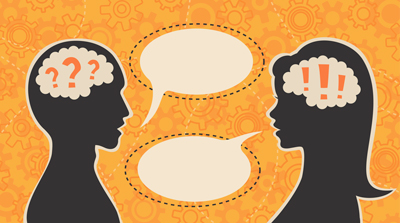 Why Most Major Gift Programs Suck! #3: A Disconnect with Programs

Reason #3: The Relationship between Development and Program is Broken
There are two things that can kill a major gift program immediately:

Let’s start with the NOTHING TO SELL first…just because I want to.
I don’t know how many times I sit with major gift officers who tell me they can’t do their job because they have nothing to sell.
What?  How is that possible?
Now, I have to admit.  When I first started working with major gift officers I thought, “Come on, this is just a lame excuse for not meeting your revenue goals.”
In some cases that was true.  There is nothing like a “behind in revenue” MGO (Major Gift Officer) when it comes to excuses other than themselves, BUT this one is usually a good excuse.
If a non-profit really partners with its donors, then they are constantly trying to match a donor’s passion with their mission.  The problem I’m seeing all the time is that many non-profits seem to think “operating expenses” is a great offer.
Sorry, not going to cut it.
Non-profits need to package everything they do (in other words, take their entire budget) and figure out all they do in the way of programs, projects and services that can be presented in a plethora (like that word?) of dollar handles.  And, I mean THE WHOLE BUDGET!!  That means if a project costs $100,000 I want to also see overhead costs included…which then usually means it really costs $140,000.
Think about it.  If you didn’t have administration costs you couldn’t pull off the project.  Why would you not add in that cost?  Almost every major donor I’ve talked to about this completely gets it.
Okay, so let’s say you finally have a good number of projects to sell.  You have the right figures, etc.  Now, another barrier MGO’s run into is cooperation with the program people.  Mainly, they don’t get any.
The MGO’s have to run around pulling teeth to get program people to help put together a funding proposal or to sit down with a donor.
It’s like development and program and now on two separate teams.  This is so aggravating.  Here we are trying to get funding for the program and program leaders become a barrier.
This is a leadership problem.  Somehow, the leadership of the non-profit has allowed a culture where there is distrust between program and development.
Why is this so devastating to a major gift program?
Because the major gift team relies on solid information to present to donors AND to report back to donors.  If that information is too hard to get, or in some cases doesn’t come at all…you’re dead in the water.
Major donors expect to know exactly how a program is going to make a difference, what it’s going to cost and what the impact will be.  And then they expect the non-profit to report BACK on what happened.
It can’t be done without a good relationship between program and development.
If your non-profit has this problem you need to do everything you can, as quickly as you can, to fix it.  Bring in the Executive Director, board, VP of program and sit down and get the relationship right.
And, if the Executive Director is the problem they should be fired immediately because obviously they don’t honor donors.
Believe me.  The non-profits that have a great relationship with those who run the programs, projects or services are the ones that will thrive.

Series Details: 10 Reasons Why Most Major Gift Programs Suck!
Intro and #1: Development Directors review the WRONG criteria for success.
Reason #2: Non-Profits do not treat their donors as partners, but as sources of cash.
Reason #3: The Relationship between Development and Program is Broken
Reason #4: Wrong People Hired as Major Gift Officers
Reason #5: Lack of Management and Accountability
Reason #6: No Marketing Plan for EACH Donor on the Caseload
Reason #7: We Don’t Take the Time to Understand a Donor’s Passion
Reason #8: Most Non-Profits are NOT donor-centered.
Reason #9: We Don’t Tell Donors How They Made a Difference.
Reason #10: Money Becomes the Objective, not the Result.