The Caseload and New Donor Conflict 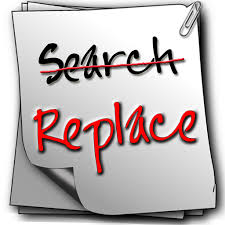 You have 150 qualified donors on your caseload and you’ve been told not to exceed that amount.  You are assigned a specific geography.  This means that your job is to serve the donors in your area.
But now, because of an effective direct marketing program, there are donors (old and new) giving to the organization who meet the major gift/caseload criteria.
You are getting anxious, because these reports are coming to you every week with one, sometimes five or more, donors who are giving $1000, $4000 – even one who gave $10,000!
What are you supposed to do?!
The question springs from a well-placed donor services mentality which says that when a donor gives a gift, thank her immediately and affirm her as a partner to your organization.  It also says that when a donor gives an amount above the major gift criteria, somebody in major gifts, an MGO, a major gift manager – somebody – needs to do something right now!
But what?  Such was the question posed in a recent Veritus Group retreat where Jeff and I, along with our colleagues, considered this situation, which happens in non-profits, large and small, around the country every week.
The first principle we established was that it is not the MGO’s responsibility to play a donor services role for the organization.  This statement can cause a bit of anxiety because a good MGO is not going to have a donor who just gave a major gift simply sit there un-thanked.
But here’s the problem.  If the MGO starts taking care of new donors coming into the organization he/she will ignore the caseload.  And there is nothing worse than that.  In fact, this is one of the biggest problems in major gifts – keeping the MGO focused on the good group of donors they have committed themselves to.
Maybe I should rephrase that last sentence to say – keeping the managers above the MGOs from asking them to do something other than minding their caseload. We recently heard of a situation where the MGO was asked by his manager to spend a good chunk of his time prospecting for donors.  What!!??  Leave the good donors on your caseload to go find new ones?  Nope – not good!
So, it is not the MGO’s responsibility to be the donor services person in the organization.  Well then, who should do it?
A good Development Director will have figured this one out – they will have a thank you system in place where donors, large and small, are thanked immediately and put into a process that cares for them appropriately.
One client of ours has a person assigned to this role, i.e., designated to handle all un-assigned (no MGO assigned) donors who give above the major gift criteria for the organization.  This solution gives the organization time to figure out what to do with the donor.  The good thing is, she has been profusely thanked and will be carefully watched through a special handling process.
Another client has a mid-level program in place which takes care of the situation.  Still, another has two very competent and donor friendly administrative assistants who thank donors.
But this does not solve the ultimate problem of what to do with the donor.  If there is a restriction in place that an MGO cannot have more than 150 donors on his caseload (remember, this is a GOOD rule), who is going to handle the donors coming in the front door?  Here are several ideas and principles:

We spent a considerable amount of time discussing how to execute this second point, especially in light of the apparent conflict between the 150 caseload donor limit and the new donors trickling in and needing a home.
Here is what we came up with, which I think is an effective solution to the problem:

There is one caveat to this whole idea.  If the amount of new donors coming in, who meet the major gift criteria, is too large to manage, i.e., the MGO’s caseload would increase way beyond what it should, then the addition of a new MGO is the way to go.
We did this recently with a client where we split an existing MGO’s caseload into two regions, then added new donors according to the system above and successfully increased major gift capacity to handle all the donors who met the major gift criteria.
The one thing you cannot do is let a situation like this just sit there.  These donors must be thanked immediately AND they must be placed into a relationship as soon as possible.  If you don’t do that you will lose the donors and their revenue.
Richard