Creating a Mid-Level Donor Program for YOUR Non-profit 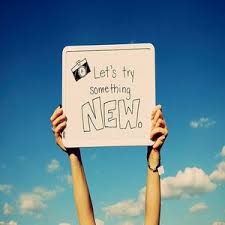 When Richard started Veritus Group, and I later joined him, we started out working with clients to create, build and manage only major gift programs. But after several years, we began noticing that our clients still had a problem with their donor file that was not being addressed: mid-level donors.
While many of these organizations had a robust direct-response program and (with our help) a pretty decent major gift program, there was this middle group of donors who were essentially being treated like a $10 or $25 donor. Here were donors who were giving anywhere between $250 to $9,999 a year, and all the organization was doing was sending them the same mail and e-mails that a $10-a-year donor would get.
In my previous life working for a direct-response agency, one way we tried to solve this problem was to create “higher-end” packages. Perhaps mail a first class stamp on a closed faced envelope, or a “proposal-type” mailing that would be personalized to the donor. Some of these things worked, but if I really had to be honest, it didn’t do much to move the needle; many times we ended up just mailing the “junk stuff” to the middle donors.
But even though these middle donors were giving more, overall their attrition rates were right up there with the $10 and $25 donors. This meant that in many cases, the organizations were losing millions of dollars a year to low retention rates.
How could we fix this problem?
Several years ago, Veritus Group developed a new concept to take the best of what we knew about the direct-response program (essentially, don’t stop mailing and e-mailing) and the best of the major gift program (one-to-one communication to cultivate and steward donors) and put them together to create a mid-level donor program using mid-level officers who have caseloads of between 500-600 donors each.
The results have been quite encouraging. We are tracking retention rates, overall revenue, and the number of mid-level donors moving to major gift caseloads. For one client, we saw retention rates increase by almost 10% – over $3.4MM in revenue! And we saw over 70 new donors move into major gift caseloads. That is over a 25% increase in the number of major donors they now have to cultivate.
We’re seeing similar results with other clients. This tells us that by cultivating and stewarding donors in a more one-to-one manner, in a cost-effective way, we can reduce attrition and move more donors, creating a faster pipeline into major gifts.
So how do you do it? I’m going to tell you the step-by-step process so you too can be successful.
Here it is:

Again, much like a major gift program, this is not rocket science. However, it takes focus, accountability and discipline to make it work. (Click here to request a much more detailed White Paper on Cultivating Mid-Level Donors.) Look, almost every non-profit I’m aware of is trying to figure out what to do with mid-level donors. Spending a bunch of money on high-end, personalized mail isn’t going to cut it.
Start treating these donors more personally, like major donors, and start seeing results like ours. What’s holding you back?
Jeff
P.S. If you don’t have the time or personnel to create a mid-level program yourself, we can help. Give me a call at 267-254-2939, or write us here, and we will get back to you to discuss how Veritus Group can help you.
A version of this post was originally published in December 2014.