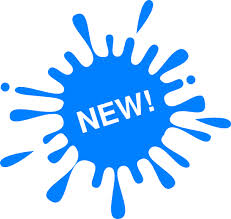 How to Build Your Major Gift Program with New Donors

I’ve sat with numerous MGOs who have been beaten down by their bosses because they haven’t brought in new major donors. Here are some of the things bad non-profit managers are saying to their MGOs:

“Why don’t you go to the art museum and write down all the names that are on the walls honoring donors and start calling them?”

“Get out the phone book and start looking at donors who live in a wealthy area of town and start calling.”

“I want you to go to this other organization’s gala, and you can start talking to donors at your table and see if they are interested in our organization.”

Yes, as ridiculous as those quotes sound, Richard and I have heard them all and more. I think what’s happening is that non-profit leaders are feeling the pressure to get more money in, and they don’t really know that major gift fundraising is about establishing and nurturing relationships. What they do then is put all kinds of pressure on MGOs to find and recruit new major gift donors.
Do you realize how incredibly hard it is to get a gift from a cold call? Nearly impossible.
I was recently talking to a woman at a major university on the east coast. She was in tears as she told me how she was given a list of 200 prospects and a certain dollar goal to meet for the year; if she didn’t meet it, she would probably be fired.
“I didn’t realize this is what major gift fundraising was,” she said. I reassured her that it wasn’t, and that what she was really doing was qualifying donors, not doing major gift cultivation and stewardship. I told her that expecting donors (even alumni) to make a significant gift after getting a cold call from her was about zero.
Yet, who is her boss? What is that person thinking?
But the pressure continues. How do you bring in more major donors who can make a significant impact on your organization? Here are some ideas for you:

Expecting to find new major donors for your organization is no small task. And many non-profit leaders make the mistake of going after prospects before really knowing who is in their own database. I mean, think about it. These are people that have already raised their hands and said “Yes!” to your mission. For goodness’ sake, start there.
But once you have done all that and you have the labor to pursue it, use the strategies above to start the process of bringing new potential major donors to the table. Then it’s your job to win their hearts and trust.
Jeff