How to Put Stupid into Major Gifts 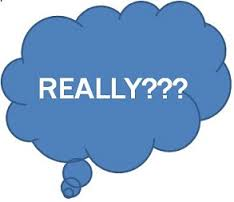 That’s what I thought when I heard about this. Really? Can anyone be so stupid? Now, I know stupid is a strong word and usually I don’t use it. But really, this has got to be one of the worst twists of logic I have ever seen. And then I realized: “It’s not that weird. There are quite a few people who do this in the major gifts world.” And that line of thinking is what prompted me to write about it.
Here’s the back story.
It turns out that the Canadian Revenue Agency, like the IRS here in the U.S., has told Oxfam that it can no longer try to prevent poverty around the world. It can only alleviate poverty – because preventing poverty might benefit people who are not already poor.
You can read all the details at Canada’s TheStar.com.
Robert Fox, Executive Director for Oxfam, said this whole situation was “absurd.” Speaking in an interview with The Canadian Press, he said: “Their interpretation was that preventing poverty may or may not involve poor people. A group of millionaires could get together to prevent their poverty, and that would not be deemed a charitable purpose.”
Philippe Brideau, spokesman for the Canada Revenue Agency, said legal precedents mean charities cannot help people not already impoverished from falling into poverty. “Purposes that relieve poverty are charitable because they provide relief only to eligible beneficiaries, those in need,” Brideau said in an email.
“However, the courts have not found the risk of poverty as being equivalent to actually being in need. Therefore, as the courts have indicated, an organization cannot be registered with the explicit purpose of preventing poverty.”
He added that charities are still allowed to teach money management, budgeting and other life skills, which could lead to the prevention of poverty.
And blah, blah, blah, blah.
Now, you might be saying: “Richard, this has nothing to do with me and my major gift work. So why are you writing about this?”
Well, here’s the connection.
The bureaucrats at the CRA in Canada have very little if any understanding of human need and the systems that suppress and oppress people. So they are defining what human need is, and then drawing a line as to what qualifies as charitable. It is all a head game. It is a fundamental lack of understanding; there is no heart in the discussion. No feeling. No first-hand experience. None of that.
Likely, not one of those folks has ever had a feeling or experienced an emotion related to what it’s like to be poor or on the edge of poverty – or what it is like to be powerless or oppressed – to be the victim of an unjust system, etc. So the whole thing has become a process of thought and logic.
And that is exactly what happens when a misguided MGO writes a piece for a donor or prepares a presentation for a donor that is totally devoid of the human experience and how life really works. Instead, it is all facts, figures and logic, with very little to say about the tragedy of human need. And that is how stupid gets into major gifts. The MGO ignores that the whole major gifts thing is about meeting human need in all of its expressions. It is not some abstract thing. It is real life! Real drama. Real situations.
Several months ago I was reviewing a proposal a MGO had created for a donor. It was nice. It was tidy. It had a lot of facts. It was helpful, to a point. But it was wrong. The MGO was all in his head. He had accurately captured and written about what the organization did and how they did it. He had then proposed what else the organization was going to do and that a certain amount of money was needed. He had then asked if the donor could give that sum.
I wrote back and said: “Robert (not his real name). This is good. But you are only half way there. You don’t have anything in here about the need. Nothing. WHY is your organization even doing this work? Tell the donor what the need is. And as you are doing it, FEEL it yourself so you can express exactly what the people you are serving are going through. Take the donor right into your client’s homes and have her experience the anxiety, the fear, the shame, the anger – help her experience what it feels like to be manipulated, used and oppressed. Then she will know why what you are saying is important.”
Well, Robert went away, wrote some more and came back to me. And it was still wrong. Robert was stuck in the same place the Canadian bureaucrats were stuck in. He was in his head. It was all about logic, process and facts. It had very little to do with real life and how real life works. “Stupid” had crept into his major gifts process. OK, not stupid – let’s call it fog or lack of clarity. He had lost his way.
What our Canadian friends in the Revenue Agency don’t understand is that life is messy and hardly logical – that life is cruel, and there are thousands of ways people oppress others through the systems they create. So they create rules and regulations that do not represent life as it really is. And that is what some MGOs do as well. They create offers and communications that do not represent life as it really is.
Jeff and I see this happening far too often, which is why I am writing about this.
Over the years I have trained myself to focus on the need. Why? Because the right focus on the need drives everything you do in major gift fundraising. It drives:

So I recommend that every time you think about a specific ask, proposal or case that you first zero in on the need. Take the following steps:

Describing the need, as you should, is a very difficult thing to do. More difficult than you think. This is because it is so painful and disturbing – as it should be. Let yourself go into the need, the pain, the hurt. It will be good for you personally and professionally. And it will assure that you do not lose your way as our Canadian tax friends have.
Richard