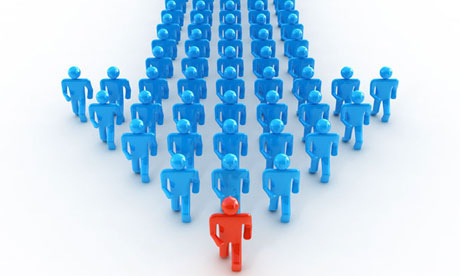 Three Things that Bother Me About Our Industry: #1 Leadership Will Not Raise Money 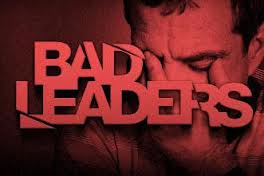 Generally, I consider myself to be a positive person.  I can usually see hope in almost any situation.  But lately, a few things have really been bugging me so much about the industry I love and they keep coming at me almost daily.
The other day I was speaking with a colleague of mine who was complaining about some similar things that had come up in her work.  So I said, “Write down the top three things that are bothering you about non-profits and we’ll compare notes.”
Unbelievably we had the same three…in the same order!  Which, of course, intrigued me enough to write this blog post.
#1 on list:
Leadership Will Not Raise Money.
When Richard and I give a presentation to a potential client we can detect very quickly whether or not the CEO and board are actively involved in raising money for the organization.
We’ll usually get a question like this, “Do you find in other organizations that the people at the top go on donor visits?”  Or the question will more likely be, “How active should a board be in major gift fundraising?”
Immediately we know that leadership has not embraced fundraising as something good and necessary, and of course they have not fostered a culture of philanthropy in the organization.
If you and I were face to face right now, I could mimic for you the look of frustration on the faces of development directors and major gift officers.   They’d probably say something like, “Oh, I know that look.  Yep, I’ve seen that too many times.”
I’m not really sure how someone becomes a leader of a non-profit, yet at the same time abhors, or at best puts up with, fundraising.  Our industry has to do a better job of training future leaders in the idea that fundraising is a good and necessary function of the non-profit.
Recently I was with a non-profit that had hired a former CEO of a fortune 100 company to run their organization.  Everyone on staff was all excited because this guy was going to lead them all to the promised land.  “I want to double revenue in 5-years,” he proclaimed.
Well, four years into it, they’ve remained flat.  When I asked what happened, that “look” came across the development director’s face and he said, “ The CEO hates fundraising.”  He had cut their acquisition budget by two thirds because he said it lost money. And, he didn’t believe in the long-term value projections of those donors.
The head of major gifts told me he wouldn’t let the CEO go on any more donor visits because when they tried it in the past he was so arrogant it turned the donors off.
So, there they sat with that “look” feeling incredibly undermined and hopeless.  Think about it. Here is a guy who successfully led a major U.S. corporation and he’s rammed the organization into an iceberg.  All the staff has been doing is using buckets to stop the water from gushing in.
It’s not working.  All because he doesn’t see the value in fundraising.
I’m calling on all development leaders in our industry, you included, to continue to press upon all non-profit leadership (CEO’s, Executive Directors and board members) to embrace a culture of philanthropy and understand the necessity of a healthy and robust fundraising program.
Here is what Richard and I are calling for with all non-profit leaders:

This is what our non-profit leaders have to be about.  If you are in leadership in the non-profit industry I need YOU to LEAD on this.  Your staff needs you to lead.  And, just as importantly, so do your donors.
Jeff
P.S. Hang in there for #2 and #3.  It’s going to be good.