Little Things Add Up: Serving Your Donors Beyond Expectations 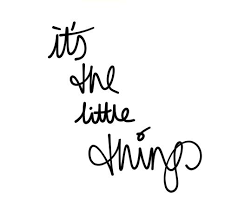 Several months ago I had an MGO tell me a great story about one of her donors.
Margaret has been an MGO for many years, and she has been with her current organization for over 10 years. She has built solid relationships with her donors. I would say Margaret is one of the best MGOs we work with. It’s a pleasure for our team to work with her. Why? Because she is so passionate about serving her donors.
You see, Margaret believes in doing all kinds of “little things,” as she calls them, for her donors. I think they are huge things, but if she wants to call them “little things” then so be it.
She told me she had a donor on her caseload that manufactured some kind of truck parts. It was a massive operation. During one of the team MGO meetings, another MGO from her organization, Tom, mentioned a donor he worked with who had some kind of distribution business. As he explained the business, Margaret thought there might be an opportunity for her donor to meet the other MGO’s donor.
Margaret started doing some more homework on the distributor. Turns out this guy distributes, in addition to many other things, truck and auto parts. Now, Margaret and Tom figured out that they needed to get these two together.
They knew there was a small event coming up that both of these donors would most likely want to attend. Margaret and Tom invited these two donors and made sure they were at the same table. When Margaret introduced her donor to Tom’s donor, Margaret went on and on about their two businesses and how she thought they should know each other.
To make a long story short, not only did they get along and become fast friends, they eventually created a lucrative deal between them that has helped both businesses thrive. Guess who they say they owe it all too? No, not Margaret or Tom, but the organization where they both met.
You see, when the CEO of the non-profit meets with those two donors, they always tell her how appreciative they are of how it was her organization that brought them together. And who is absolutely thrilled about that? Yes, Margaret. She doesn’t need to take the credit; she is just happy she was able to help her donor make the connection.
This is exactly what being a great MGO is all about. Margaret is always thinking about her donors and how she can best serve them. If you talk to her CEO, she has story after story about how Margaret’s donors have given so generously – not only do they believe in the mission, but they keep talking about how amazingly they are treated.
So my question to you is this: What are the “little things” you are doing for your donors that will serve them? How are you going beyond the typical cultivation and stewardship strategies to really find out what makes your donors tick? Are you making connections for your donors? Are you thinking of ways to surprise your donors? Are you going above and beyond your donors’ expectations?
These are the questions you need to be asking yourself. MGOs like Margaret are the gold standard. They know their donors, and they serve them outrageously. Do you?
Jeff