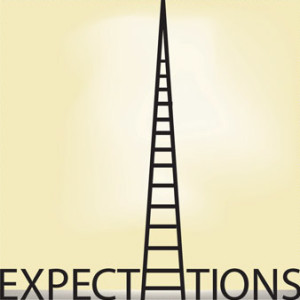 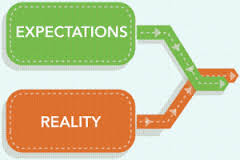 The donor was absolutely giddy about supporting the project. It was something close to his heart – something he had wanted to put his hard-earned money into. So when the MGO told him about it, the decision was easy. But he had a few questions on the scope and cost of the project – questions that were easily answered by the MGO.
The donor made a generous gift. The project got underway. And time slipped by.
Everything was fine until the MGO discovered that the cost of the project far exceeded what she had told the donor. What should she do? She didn’t know, although it seemed like a good idea just to tell the donor. But she didn’t. More time went by, and then the donor asked. Time to come clean. And it was not pretty. The donor was clearly upset and disappointed. Reality didn’t match what he had been told.
* * *
Another donor had made his wealth in the concrete business. So when his favorite nonprofit asked for a major gift to build a building, he was delighted to jump on board. The building got underway, and the donor was asked to visit the site. With his hardhat on, he quietly and thoughtfully walked around. In fact, he was too quiet. The MGO noticed and carefully asked what he thought. He was disappointed. He thought the building would be more concrete and it wasn’t. It was mostly glass and steel. Reality didn’t match what he had assumed would happen.
* * *
A donor and his wife made a commitment of over $4 million cash per year toward a major project overseas. They had been in on the planning for the project with the nonprofit’s program staff. They had carefully studied the program objectives, strategies and timeline. This was exciting! They were fully on board.
But as time passed, and due to unavoidable circumstances, several elements of the project needed to be changed. The program people told the MGO and the CEO about these changes. The CEO, fearing the couple would be upset, withheld the information. More time passed. Now the project was seriously going in a different direction. The CEO, now fully entrenched in his non-disclosure mode, still kept all the information close to his chest.
Meanwhile, the MGO was getting more and more nervous. She knew that the donors, if told about all the changing circumstances, could accept the changes. She tried to encourage the CEO to disclose this information to the donors. He refused, thinking he could turn the project back around to something close to the original design and promise.
More time passed and now the donors wanted to visit their project. The CEO was forced to disclose what had happened. The donors were so upset that they stopped giving to the nonprofit, and they stopped organizing the small events they had regularly held for the organization – events that were attended by some of the wealthiest people in the country. The donors’ expectations had not been managed.
* * *
Why does this happen?
I have concluded that the core reason is fear. I know that when I have to tell my wife or my business partner something I know they don’t want to hear, I get a knot in my stomach. It is not a pleasant feeling. I have learned over time, though, that keeping the information and not re-setting expectations is far worse than having the anxiety about getting into trouble with the other person. So now disclosure and transparency are always the best course for action for me.
Another reason this happens is an erroneous belief that major donors don’t like change or failure. If something is changing or failing, we try hard not to tell them. This belief is wrong. I have yet to meet a donor who, if you regularly keep them up-to-date about what is happening, even if things are failing, will not adjust along with you.
Look at it this way. Most successful business people have regularly experienced failure and changing circumstances in their business ventures. This is a standard and expected part of running a business. They have lost money. They have thought something would work and it didn’t. They have made some serious errors in judgment. That’s how they made all the money – through trial and error, stopping and starting, going one direction then moving another direction. They know this. So it is not a surprise if something changes.
What IS a surprise is not knowing in time. And that is why it is so important that you manage your donor’s expectations. Take some time right now to go over your caseload and ask yourself the following questions:

There is hardly anything worse than having your expectations dashed to the ground. The only worse thing is having a feeling that you have been deceived or manipulated, and you know the person who could have told you the truth about what is happening but chose not to. That, my friend, is what you need to avoid. Set your mind to be transparent, open and disclosing with each of your donors. It is good for them, good for you and good for the organization.
Richard