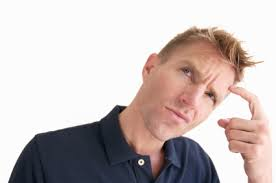 You would think that it would be difficult to “lose” a donor who gave a significant gift. But in the last two weeks I have received stories of a $73,000 donor disappearing, a $100,000 donor gone missing and a lost check from a $25,000 donor.
Seriously. How does this happen??
Another story just came in about a donor who dropped through the cracks. And it sheds a little light on this subject.
It seems that the MGO, who made his confession just last week, has been proud that he “flies by the seat of his pants” in his major gift work. I am not sure what there is to be proud of, but he thinks this is a positive working style.
So he tells the story of how he lost track of a $75,000 donor and was not sure what he knew about him. All of this happened, he says, because he did not put any contact, moves, activity notes into the computer six months ago when he met the donor and the donor gave his generous gift.
Now let’s stop and process this for a bit. The donor gives $75,000 and the MGO doesn’t write anything down? Is this what “flying by the seat of your pants” means? I guess so.
This MGO told the story to our associate because our system of donor management requires the regular review of every donor on a caseload. This MGO was new and had never experienced the donor-by-donor review, and that is how this lost donor came to our attention. The review finally got to this donor and our associate asked: “So, what’s the story with this donor?” And the MGO responded: “I don’t know. I don’t remember anything about him.” And then we find out there are no notes, no history and no memory about what caused the gift or why the donor gave.
A $75,000 gift! And the MGO has no memory of the donor. There had been no further contact. There was no communications plan for the donor. The donor was lost! Not lost in terms of contact information, but a lost relationship and lost information related to the gift.
This is pretty sad. I wish I had been there when our associate had a “little chat” with this MGO about this situation. I think his “seat of the pants” style has been reined in a bit.
In major gift work there is never an excuse not to keep very good notes about every donor contact. And these notes need to be in the organization’s system, not in some MGO notepad. Why? So that if the MGO leaves, the person filling his place can pick up where he left off.
These contact and moves records should:

This list is not exhaustive, and most MGOs say they know “this stuff” – but the sad fact remains that time after time the contact notes are not kept, the memory fades and the relationship is lost.
If you really care about each donor on your caseload, you will keep very careful and detailed notes about them and your contact with them. You will do it because you want to maintain a good relationship, and you don’t trust your memory to help you with it.
Richard