MGOs Will Leave with Too Many Changing Expectations 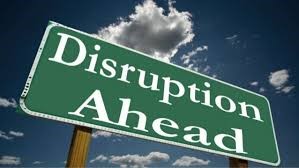 A colleague recently told me about a MGO who been hired to do some amazing major gift work at a large food bank in a big city. The problem was that this MGO’s manager kept changing the MGO’s job description. The manager didn’t actually revise the written job description that had been given to the MGO and recorded in HR. Nope. He would just keep asking the MGO to do all kinds of work that was not major gift or MGO caseload related.
“Once,” my friend said, “the MGO was in the middle of important donor work and his manager came in and announced that a gift of potatoes had just arrived in the parking lot – the MGO was ‘needed immediately’ to help unload them and get them in the warehouse.”
How should the MGO interpret this request? Is he supposed to do major gift work? Or is he supposed to unload gifted product? What is the manager really expecting from a major gift officer?
When this happens over and over again – this changing of expectations – the MGO gets confused about what his job should be. And that is not good.
And of course, when it comes time for performance evaluation, believe me: the MGO will be judged on how much revenue was raised, not on how many potatoes were unloaded.
This is a tragic reality in far too many organizations.
One MGO I know, who works for a major east coast organization, spends 80% of her time doing non-major gift work. 80%! And when I asked her manager why this is happening, she responded: “Well, we need to get that work done.” And when I ask about the expectation around revenue for that MGO the manager says: “Well, we need to get the revenue as well.”
Huh? How is this supposed to work? It doesn’t.
But the topic of changing expectations is not only about asking the MGO to help out in areas other than major gift work. It is also about changing goals in the middle of the financial period. Or changing policies on who gets credit for certain gifts.
We’ve seen finance departments suddenly announce that the organization needed more money and “now your goal is X.” Wow, is the MGO expected to go rob a bank to meet this new goal?
Or one month the MGO cannot get credit for one type of situation, but next month a colleague of hers DOES get credit. There is no set policy that is published. Or if it is, it is not applied consistently.
If you want to literally chase your MGO out the door, keep changing the rules of engagement. That will do the job. What we all want, in all of our relationships, is to clearly understand what is expected of us and to know, with some certainty, that those expectations will be consistently applied.
You, as a manager, can change this by doing three things: