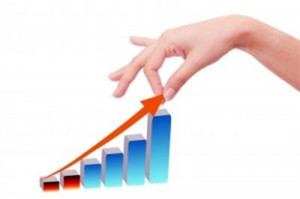 Remind Your Donors About Impact 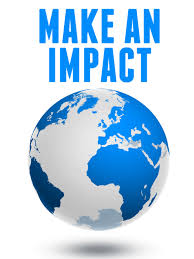 We have trouble stirring up north. Good trouble. Brady Josephson, Canadian charity strategist, marketer, professor, writer and all around solid thinker on non-profit matters, is addressing a favorite topic of Jeff’s and mine: how organizations measure their effectiveness.
In his article A Foolish Way to Evaluate Charities he takes MoneySense to the whipping post for daring to publish their belief that what matters in evaluating the effectiveness of a non-profit is summed up in their statement:

“…our system looks at how much of your money actually goes to the cause at hand. Of course, every charity needs to spend money on overhead costs – it’s crucial to keep the lights on, buy office supplies and pay salaries – but most donors will want the majority of their dollars to go directly to the cause, whether it’s feeding children, finding a cure for a disease, or supporting the environment.”

They then go on to say that if 85% of the donated money goes to program then the charity is “doing really good.” And if it’s 90%, the charity gets top marks!
Brady points out that MoneySense is assessing four areas: program spending efficiency, fundraising costs, governance and reserve fund size. He goes on to say: “This seems like a good thing right? A reputable, financially focused magazine doing an analysis of charities to help donors make smarter decisions. What’s wrong with that? It’s not about impact. It’s about accounting. It’s about cost control. It’s about financial outputs.”
In their article MoneySense says, “… one thing is common among all donors: They don’t want to see their money wasted.”
“But MoneySense,” Brady says, “is defining ‘waste’ as funds not spent on programs. Wasteful things like marketing, fundraising, and, oh yeah, staff! How selfish and foolish of an organization to spend money on such useless things like that. And even if you wanted to support an organization that didn’t care about those things (and do so at your own peril…) what about funds that are wasted while being spent on programs?”
He then asks us to look at this example from Dan Pallotta, author of Uncharitable and Charity Case:

As for making donations “go as far as possible,” consider two soup kitchens. Soup kitchen A reports that 90% of every donation goes to the cause. Soup Kitchen B reports 70%. You should donate to A, right? No-brainer. Unless you actually visited the two and found that the so-called more “efficient” Soup Kitchen A serves rancid soup in a dilapidated building with an unpleasant staff and is closed half the time, while Soup Kitchen B is open 24/7, and has a super-friendly staff that serves nutritious soup in a state-of-the-art facility. Now which looks better? The admin:program ratio would have failed you completely. It betrays your trust. Itʼs utterly deficient in data about which soup kitchen is better at serving soup. It undermines your compassion and insults your contribution. And yet we praise it as a yardstick of morality and trustworthiness. Itʼs the exact opposite.

Here’s why I am, again, bringing up this topic of overhead vs. impact.
One of the key areas of concern by major donors is summed up in the question “am I making a difference?” And the next question that usually follows is “how much of my money is going directly to program”?
These are fair questions and you, as a MGO, need to be able to answer them.
The answer to the first question can be delivered to the donor in reports that demonstrate that your organization is, indeed, making progress on the problem you asked the donor to solve. These reports need to be sent to the donor frequently. In fact, Jeff and I believe you can never do this too often. A donor loves hearing that the charity they gave to is actually working.
The second question of how much of the donor’s gift is going to program is a little more difficult to answer. This is due to the fact that non-profits, for decades, have been extolling the virtues of low overhead. They have been training donors to believe that anything not related to DIRECT program expense has nothing to do with program – as if the program happens by itself.
That is why one of the jobs you have, along with Jeff and me and thousands of other MGOs and fundraising professionals around the world, is to slowly and strategically educate donors that impact is what matters the most. If all of us do our little bit to get this topic into our conversations with donors we will, over time, change the way the donating public thinks about this.
Here’s how I suggest you do this:

As a MGO you might be thinking that you didn’t sign up for changing donor’s minds about this topic. You thought that all you were going to do was raise some funds. Nope. That is not the case. It is in the donor’s interests, your interests, the organization’s interests and the interest of philanthropy in general for you to lend your labor, mind and influencing skills to this public debate.
Why?
Because more effective charitable work will be done, more people will be helped and more good will be done for the planet if the worldwide army of non-profit workers, both on the program side and the infrastructure side, are properly resourced.
And that is what we all want – more good to be done as a result of our collective efforts.
Richard