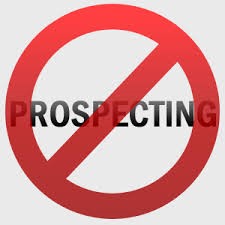 Last week a MGO came up to me and said, “I am really frustrated that there’s no training on where to get major donors. I was at a conference on fundraising and asked several speakers this same question, and they didn’t have an answer. How do I find them?”
Jeff and I get asked this question very frequently. There are all types of people asking it. MGOs, Managers of MGOs, CEOs, Executive Directors.
“Where do I find and meet major donors?”
Well, they certainly aren’t at your local Rotary or Kiwanis club – or at the social gathering of rich people – or at any other gathering of people of notoriety or wealth. But you would think they are, by the comments and directives authority figures give to their employees:

I could continue with at least a dozen other scenarios where an authority figure directs the MGO to some “promising place” to find major donors. And all of it, including the board idea, is a massive waste of time – a colossal waste of time – a certain path to failure.
You see, it is very rare to find major donors in any of those places. Yes, they do pop up every once in a while, which makes the authority figure, and the MGO, believe this is a good use of time and resources. But that pop-up is the exception, believe me.
So where do you find major donors? In your existing donor file. THAT is where they are. Scores of them. Maybe hundreds. They are sitting right in your file.
How do I know this? Because sitting in your donor file are good people who have already said “yes” to your request for help. And that “yes” – just that simple tiny little “yes” – is a very significant clue that they are on board with you. That is far, far more than you can say for all of those other people your authority figure has you chasing. There are very few “yesses” to be found there. You might think you are close to one, but you aren’t. And you will spend an eternity trying to get just one.
So turn to your current donors – the recent and highest givers – and qualify them, using the advice and process outline in our White Paper on the topic.
That is where you will find your major donors. Nowhere else.
And as you process the thought of where to get major donors in the future, remember this: you really should not do any prospecting as a major gift officer. You should only talk to people who have already agreed to support you – the thousands of good donors on your file.
Richard
A version of this post was first published in March 2016.