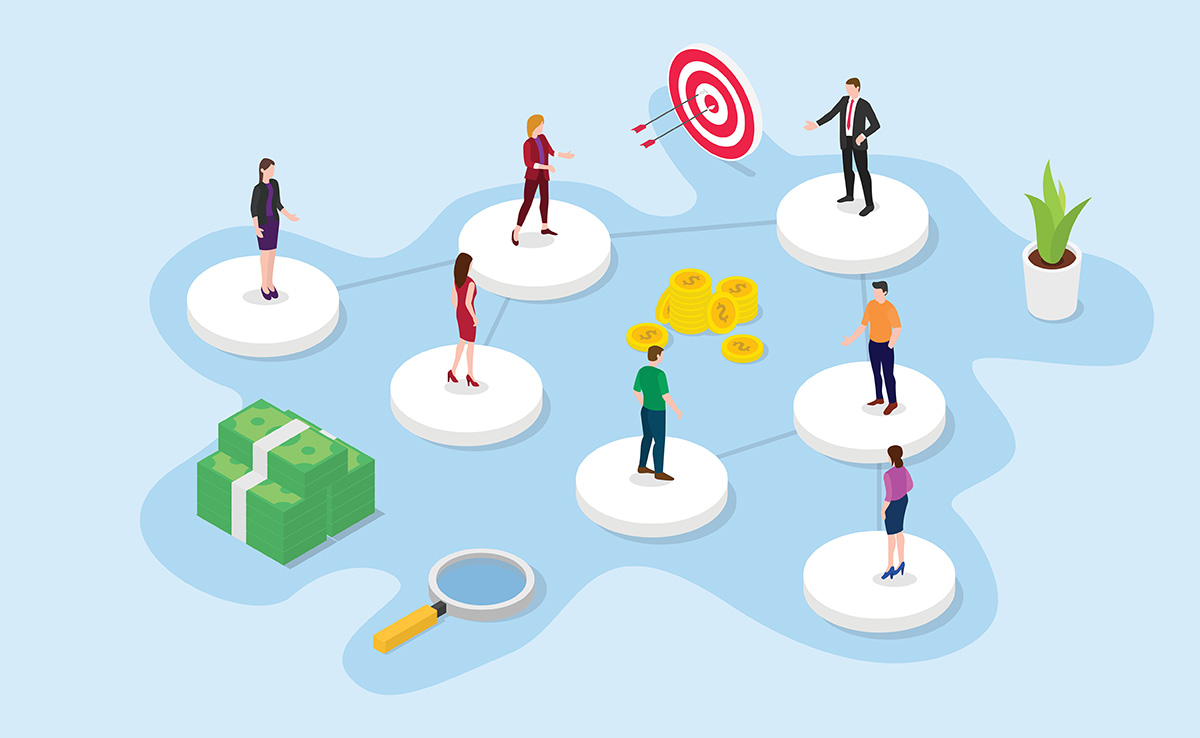 The Structure of an Effective Fundraising Organization

Or take the question to a level higher with the Development Director. “What’s the purpose of your job?” Same answer. And we give the same reply.

These exchanges led me to begin considering organizational structure and its effect on fundraising. 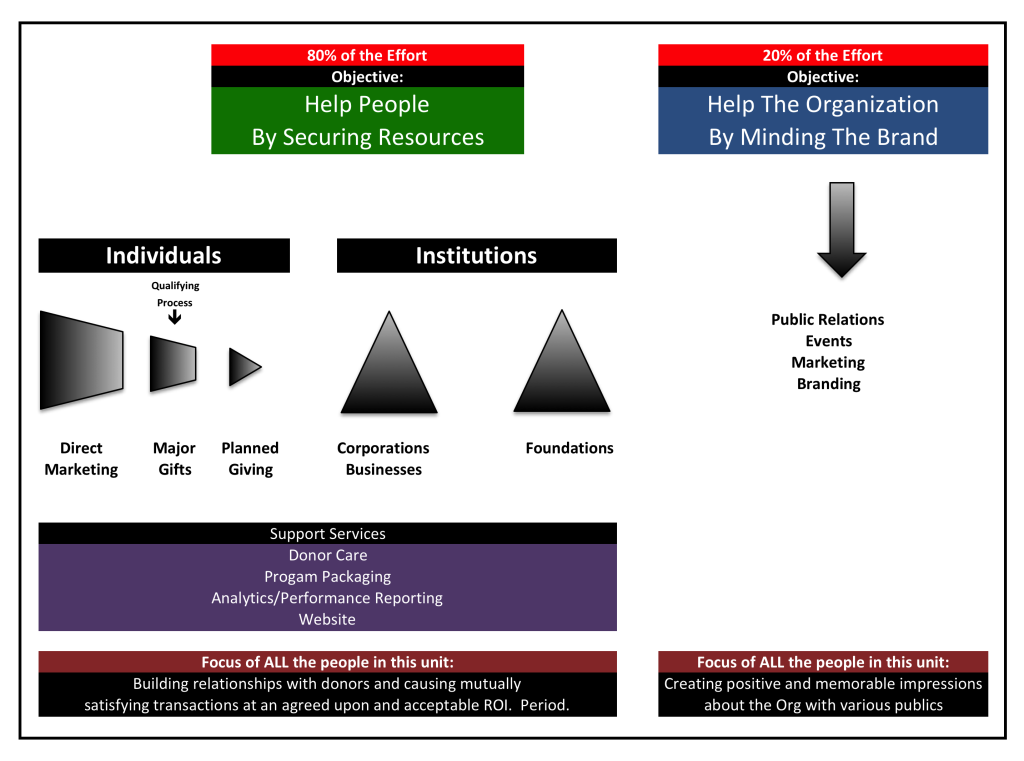 In my opinion, the fundraising division of a non-profit has two major functions:

So, why is all of this important, and what does it have to do with major gift fundraising? Understanding the proper fundraising structure…

As we close out the year, it’s a busy season for many non-profits, which have these months chock full of activity: events, PR tactics, PSAs, etc. – all of which are mostly good. But I find that many organizations lose their way during these times. They are super busy doing their fundraising, public relations, marketing and communication programs. And they forget the donor in the process.

That’s why I’m taking the time right now to remind you why the organization exists, how it should be organized and function, and how that relates to donors.

Because if, in the middle of all this noise, you stop and think of the donor and what she fundamentally wants, the organization and all of its self-actualizing activity will diminish and you will get back to this basic truth – a donor wants to do something meaningful with her time and money.

So understand where you fit and why, and keep the donor firmly in the center of your values and priorities this holiday season. And, I promise you, things will go better for them and for you.

A version of this post was originally published in November 2013.