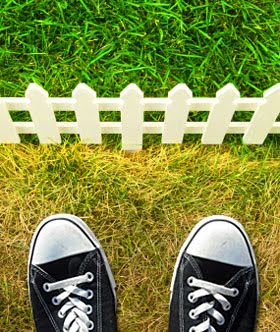 The Conflict Between Caseload Management and Prospecting 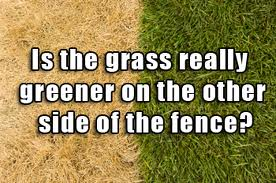 If I gave you $1,000,000, but told you I needed to control the investment, and then after one full year the investment became $520,000, and by the end of the second year it became $330,000, you would think I was either the worst financial advisor or just plain crazy. But this scenario happens every year in caseload management because of the direction and guidance of either well-meaning managers or “over the fence looking” MGOs.
Let’s say there is a group of qualified donors on a caseload who are giving $1 million, but because the MGO does not steward them, and instead goes off and tries to find “better” ones, the donors in hand simply go away, and the $1 million dollars, over two years, turns into $330,000.
You might be saying that this doesn’t happen in your organization. I hope it doesn’t. But it most likely is happening, and the reason you may not know about it is that the new money from new donors is covering up the loss of old money from those good donors who have now gone away.
And the overall reason this is happening is that there is poor management of current donors. This poor management is often driven by a conflict between caseload management and prospecting.
Jeff and I have seen this happen over and over again. An MGO has a perfectly good caseload of qualified donors – donors who love the organization, have capacity, and have proven their connection to the cause through their current giving. And a perfectly good caseload of donors is tossed aside by an obsession with prospecting for new donors.
It is classic “grass is greener” behavior.
So the question is this: Is prospecting for new donors a legitimate and good activity for an MGO? Yes it is, IF it is limited. And here is where an argument can begin. What does limited mean?
Limited means that the MGO’s primary responsibility – the activity that occupies the most of her time – should be managing the current caseload of donors. Because if she doesn’t, the value attrition over time will be enormous, with losses reaching hundreds of thousands, even millions of dollars.
We have seen this happen so many times. A perfectly good caseload of donors, generating $1 million+ a year, is compromised when the grass-is-greener gaze sees a “much better possibility,” and the good donors on the caseload die on the vine.
This movement from the old, familiar, stable, predictable to the “new and possible” usually happens in one of three ways:

It is usually one of these three people or a combination of all three that is the cause of the MGO moving off the caseload on to “bigger and brighter things.” And this is where it all goes wrong – and where prospecting actually hurts caseload management. The result is that good donors go away because the MGO does not have the time or the willingness to service their interests and passions.
“Now wait a minute, Richard,” you might say. “You seem to be saying that ALL prospecting is wrong.”
Nope, not saying that at all. I am saying it needs to be managed and controlled. Obviously, if a new donor who has inclination and capacity surfaces, then we had better figure out how to manage him. We can’t just do nothing. But this is where a specific protocol of prospect management needs to be in place. That protocol might look something like this:

The net result of this kind of system is that each donor on each MGO’s caseload is carefully stewarded while the organization is making sure that the top donors (current and potential) of the organization are actually being managed by an MGO.
This approach supports the objective of a good major gift program – and that is to connect MGO labor to the most valuable financial asset of the organization in order to cause donor fulfillment and the acquisition of financial resources for program.
Richard