The Main Reason Your Donor Will Not Meet with You 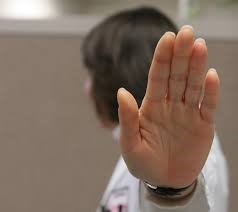 Several weeks ago I was at a conference with the good MGOs of the Central Territory of The Salvation Army. I was going through the points from my series on The Relationship Path to Getting Meetings. As I started my presentation I asked the group the following question: “Why won’t a donor meet with a MGO?”
There was a pause and then one MGO from Chicago said: “Because the MGO doesn’t have anything of value to share with them.”
The answer grabbed my attention, and I immediately realized that this MGO had, in one phrase, captured the major reason a donor will not meet with you – the donor will not meet with you because there is a perception that you do not have anything of value to give the donor in exchange for them giving you their time.
After I heard this statement, I realized I needed to share it with the larger Passionate Giving family.
The “nothing of value” statement fits closely into the thoughts I shared in my series on getting meetings. But it puts the whole discussion on getting meetings into one simple and very real area for all of us – the use of our time.
How many times have you, either in a personal or professional context, said to someone else: “I don’t have time to do that”? Think about this. Just saying that means you have made a judgment that the requested use of time does not merit your expending the time to do it.
This is pretty profound. I’ll bet I have said the “I don’t have time” phrase more than 10 times during the last week:

And the list goes on. If you study your list of reasons, you will quickly see what is important to you. Because you DO have time for the things that matter to you.
Which brings me back to donors. If a donor doesn’t want to meet with you, it’s likely because her perception of HOW you want to USE her TIME is not valuable enough for her. Which then begs the question – what are you proposing that leads her to make that judgment? The answer is likely this: you are proposing an offer, an involvement, a use of time – you are proposing something that she does not think merits saying “yes” to.
And that, my friend, is when you have to look at what you have been doing with this donor and you have to ask the question: “Am I on track with this donor?” The answer is no. You are not on track with this donor because, if you were, she would have the time to interact with you.
Now, you might be saying: “Richard, that just is not true all the time. Sometimes donors are really interested but they really don’t have the time when I ask for it.” Maybe. But if that were true, wouldn’t they then say: “I don’t have the time right now, MGO, but If we get together next week, say Tuesday, I think that would work for me.” I think they would.
Regardless, take the time to examine your interactions with each of your caseload donors. And for each one, where you do not seem to be getting traction, ask yourself the value question: “Am I promising this donor the right value in exchange for his time?” It will be a useful exercise. And it will be worth your time.
Richard