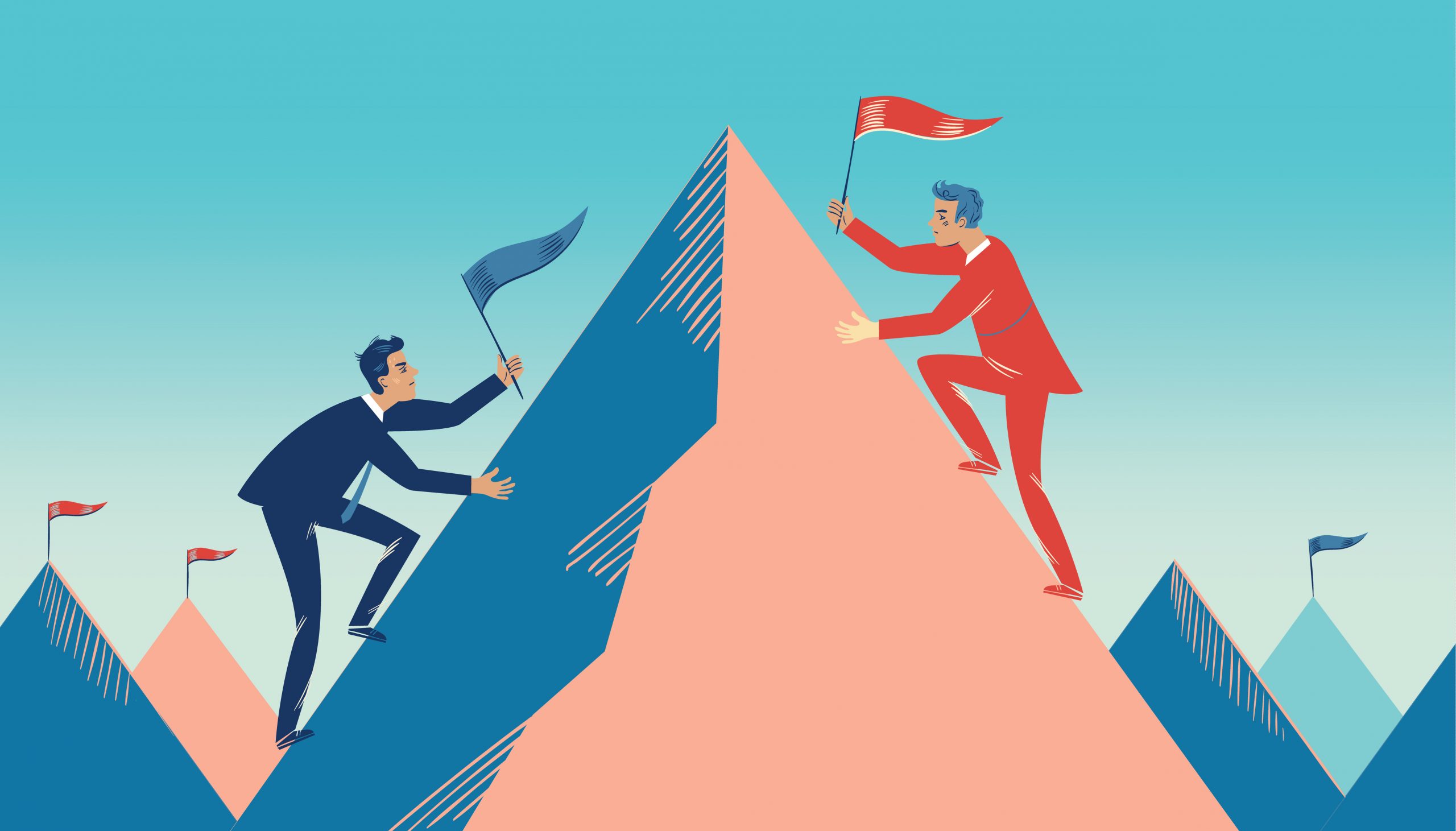 The Role of Power, Position, and Money in Frontline Fundraising (Part 1)

I’ve had a very interesting personal journey with power, position, and money.

I was in 7th grade when I got caught stealing money from the student council store. It was a humiliating and embarrassing situation.

I got fired from a job in my early twenties for trying to manipulate a situation to gain a better position. I will never forget the utter despair I felt when that happened.

And I miserably failed at my attempt to grab more power in a job situation that involved a war of wills with some very smart and strong people. I had no idea how out of my depth I was. Goodness, it was bad!

These were dramatic moments in my life.

And, at the time, I was convinced that each action I took was the right thing to do – that I had a good reason and that the payoff for that action would be worth it.

I had no idea how wrong I was.

It’s only now, later in life, that I am beginning to get a glimpse of what was playing in my head and my heart that caused me to do such stupid, damaging, and hurtful things. It’s also at this point in my life that I’m learning how those experiences were wonderful life gifts to me – precious object lessons I would not have acquired any other way.

I will describe these situations in more detail in the three posts of this series and tell you how they apply to daily living to the world you and I both live in now – the world of mid, major, and planned gifts.

Anyone involved in mid, major, and planned gifts will eventually come face to face with wondering if they are paid enough, if they are in the right position and if they have enough power to operate as they want. The questions might sound like this:

I’m addressing these topics for several reasons. First, many people have asked us for advice on these issues. Second, there are good practical answers to each question that, when implemented, will make a mid, major, and planned gift program more successful. And, last, we see a lot of confusion surrounding each one of them – confusion that we would like to clear up.

Jeff and I have been clear that, in our opinion, the area of fundraising that we call mid, major, and planned gifts is a mystical and spiritual activity. This confluence of donors, frontline fundraisers, and a cause, embodied in an organization, forms a perfect mix of human resources, kindness, and generosity to address the most important needs on our planet.

But so much more happens than money changing hands and service delivered.

That’s why we keep saying a frontline job is not a job. It’s a cause. And that reality requires a whole different way of thinking and acting.

And if that is true, how should you think about power, position, and money in your job? They are, after all, important! I know that, believe me. And I will not skirt around the practical issues of each of them as I talk about them in this three-part series.

There is no doubt we all need to make money. I have no qualms about having energy and desire related to occupying the right position. And I know for a fact that one must have a certain measure of power and authority to be effective in major gifts.

But how does this very personal material fit into your mid, major, or planned gift role? Well, let’s start with the subject of power and a person I almost hired.

He valued proximity to power and powerful people. He called me from New York to talk about the position we had open, and the conversation took a twist that he did not expect.

This was back in the days when I was the co-owner and manager of one the largest direct marketing agencies in the United States. My business partner and I had started the agency with a very focused mission statement and distinct set of operating values.

We weren’t just going to hire anyone, no matter how talented they were. We were hiring people who first passed an “attitude” test, then we looked at aptitude, i.e., what they were good at.

To find a good fit, I had engaged a search firm and we’d placed ads describing the position in most of the major industry papers.

And that’s how it came to be that this gentleman – a very talented man from New York – called me. He had seen the ad, he said, and had decided to get in touch directly because he felt he fit the qualifications for the job exactly. He had decided to bypass the process we had set up for vetting people because, well, this would just save time and he was certain that once we saw what he brought to the table we would be convinced that he was our man.

This candidate had emailed me his resume, and I had to admit it was impressive. This was, indeed, a very talented guy. So, I asked him some basic questions. And then gave him my “attitude” test. Here is what I said:

“Paul (not his real name), I am genuinely impressed with your work history and your talent. You have a remarkable track record of achievement and success. Here’s is what I would like to do. I would like for you to come to Seattle, at our expense, and meet with our head of client services. I would like to see what HE thinks about how you would fit in.”

Paul responded: “That would be great. Would I also be meeting with you and Tim (the other owner)?”

“No”, I said. “I would like for our head of client services to see what he thinks about how you would fit in first.”

“Well, I don’t think that would be worth the trip.” Paul said. “I do believe I will fit in just fine. And, as you can see by my resume, I will be able to contribute a lot to your company. I think it would be good for us to meet as well.”

I declined the idea and redirected again. We got into a courteous tug of wills and words on whether he would meet with me and the other owner.

Little did Paul know that he had failed the attitude test.

So, then I said the following: “You know, Paul. I have changed my mind about bringing you out to Seattle. I don’t think you would fit in. But I appreciate your contacting us and wish you well on your job search.” And I got off the call.

The thing Paul did not know is that for these kinds of positions, when I sensed an orientation towards power and self, I always did it this way. I would always suggest that the person come and meet with a senior manager and not me. And if they agreed to the interview as I suggested and IF the manager thought the person would fit in, THEN I would also meet with them. This last part was the part that remained hidden in our process. I wanted to see how the person would react to not being able to access power.

This man, with his “me-first” energy would upset the very delicate ecosystem we had created. We couldn’t have that. And I wasn’t about to let it happen. I had already weeded out other employees and prospective employees who possessed a high orientation toward self versus others. I couldn’t let this man get into the environment.

Now, I want to be clear about one thing. I am not about hiring weak “yes” people who are cowering, self-deprecating types who will do anything the boss says. It’s the opposite. I want strong, independent, powerful people around me who will contribute greatly to our collective efforts. I want opinionated people around who will tell the truth, debate the point, will not shy away from conflict, and will courageously and boldly lead.

But these people must be others-oriented and use their power to build the client, the group, and the team. That is the difference.

I have concluded that a desperate and often frantic grab for power is a clear sign that the person is afraid that others will manage and control them. So, to avoid that scenario, they must control and manage everyone and everything around them.

I know about this firsthand because I have struggled with these same fears. My early childhood was filled with other people using their power to hurt me. I’ve had to learn, through many hours of counseling and the good guidance of close friends, that misusing power because of fear is unproductive, impractical, and hurtful.

So, what does all this mean to you in your mid, major, and planned gift journey? Here are a few observations:

We face a dilemma in a society like ours that is so focused on acquiring power, position, and money. How do you operate and properly move ahead in such an environment?

This is Part 1 of a three-part blog series: The role of Power, Position, and Money

Read Part 2: Are You Climbing the Ladder for the Wrong Reasons? The Role of Power, Position, and Money

Read Part 3: How Much Does Your Salary Matter? The Role of Power, Position, and MoneyThis is Part 2 of a three-part blog series.