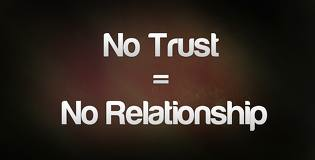 The Role of Trust in Major Gift Fundraising #3: Building Trust in Your Donor Relationships 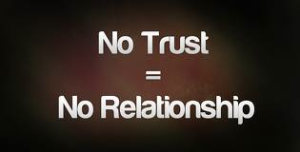 I experienced a situation in the last few months in which a person I trusted implicitly threw me under the bus.  I was surprised at first, and then hurt – surprised that a relationship that had been in place for over a decade meant so little to this person that it would be tossed aside to gain political advantage, and hurt that the actual gain in political advantage was hardly worth the damage done.
Then, while I was licking my wounds on that event and solely focused on “poor me,” I remembered the times that I had done this very thing to other people in my life – i.e., traded a personal advantage for relationship.  As I pondered those events I felt ashamed.  And then I was able to convert my recent experience into a positive reminder that goes something like this:  “Richard, when you are tempted to use your above-average influencing skills to gain personal advantage and, in the process, hurt someone else, remember what it feels like and don’t do it!”
I was thankful I had been thrown under the bus.  It helped me remember how I should behave.
It is so interesting how delicate this thing called trust really is in relationships.  And in the relationships you have with the donors on your caseload, this trust thing is very critical, not only if you are to be a person of integrity in those relationships, but also if you are to be successful in nurturing and managing those relationships to a mutually beneficial end.
Stephen Covey’s book on trust, the basis for this series on trust in donor relationships, sets forth thirteen behaviors of relational trust that I want to explore here.  These are things you must do to build trust with your donors.  Here we go:

There you go – a good list of ideas on building trust in your donor relationships.  I think you can already see how valuable this is to managing the donors on your caseload. And you can also see how building trust can positively affect the economic journey you are on with every donor.  While the money is an important metric to measure your success in your job, don’t forget that building trust – real trust – is the path to that money.
Richard
This is the third in a six-part series. To read the series from the beginning, click here.