Three Blocks to Success in Major Gifts: #3 – Lack of Relationship 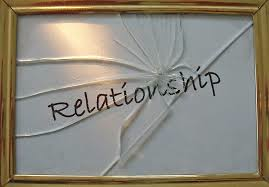 We all talk about the need for relationship in major gifts. And we all know that relationship is the key to success – that servicing the desires and dreams of the donor, in an ethical, sincere and caring way is what will cause a generous financial response.
We know all of this. But for many MGOs the relationship thing just doesn’t work, and the relationship with many of the donors on their caseloads are broken or non-existent. Why is this happening? There are several reasons:

There is a MGO in the Midwest we work with who has a very wealthy donor on his caseload. The donor was passed on to this MGO from another MGO who left the organization. Things had been going fine with sizable gifts coming in every year. Then there was silence.
The MGO discovered that a financial manager for the donor was blocking contact and would not respond to calls to her direct line. The MGO decided to try a different approach. He called the switchboard of the financial management company and asked to be transferred to the financial manager. This prevented the financial manager from seeing who was calling. When the financial manager, let’s call her Rachel, picked up the call, the MGO introduced himself and Rachel said: “how interesting that you are suddenly so interested in getting hold of me. For years I would try calling your organization with no call back. There were no gift acknowledgements especially in the last several years.” And she went on and on. Rachel was not happy. In fact, she was very cold and angry, letting the MGO know that she did not want to meet in person, that she wasn’t sure what their decision would be about future giving, that she wasn’t happy at all with the organization and to just email any requests and she’d get back to them.
The MGO listened carefully then said the following: “Rachel, please don’t say a word, with your permission I’d like a few minutes to express myself and respond to what you are saying.” Suddenly there was silence. The MGO knew Rachel was on the other end. But it was SO quiet. The MGO knew that the moment of silence, which the he had asked for, meant that Rachel was willing to hear him out.
The MGO began by thanking her and the donor’s family for their tremendous support. He then apologized on behalf of organization for the shabby treatment of the past. He told Rachel the organization would take full responsibility for any mistakes that had been made, that it was a new day and he would never let this happen again and, lastly, he hoped that she would give him the opportunity to redeem the situation because “honestly, Rachel, we can not afford to lose the donor’s support especially now.”
Rachel listened carefully then recapped what had happened letting the MGO know that she felt she was chasing the organization to see if they wanted the donor’s money year after year with no call back or acknowledgement of the donor’s gift or reporting on what the gift had accomplished. And that this was not acceptable.
After expressing her feelings to the MGO, the MGO felt a calm in Rachel’s voice and suddenly she wasn’t speaking so fast. And the warmth came back. They talked about the program that the donor had supported over the years and Rachel committed to speak to one of the family members about a current proposal the MGO had. Rachel asked the MGO to please email everything to her attention.
They also discussed taking a tour with the donor so the donor could actually see that her giving was making a difference. Rachel liked this idea and said she would suggest that the donor tour every year and to please call her next week to discuss dates, etc. The conversation and the relationship ended on a very good note and Rachel and the donor are back on board.
So, here’s the thing. Relationships are a must in major gifts. A must. There is no shortcut here. So, as you read this, think about your caseload and all those wonderful donors on it. Are there good relationships there? If not, there is work to do. Are some of the relationships broken? If so, there is work to do.
And, here’s a promise: if you set out to build a good relationship or repair one that has been hurt you will not only experience the joy that each of those human beings bring to you, as they fulfill who they want to be through their giving, but you will experience the donor’s generosity as well. There is nothing like a good relationship.
Richard
Other posts in this series: