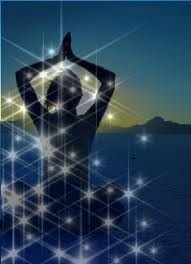 I was in a meeting recently when the development director blurted out, “We need more transformational gifts!  All I’m seeing lately are small gifts of $10-20K.”
What he was really trying to say was that he wanted more $100K, $500K and $1MM plus type of gifts coming in.  Well, who wouldn’t, right?
But the more I thought about his statement, the more I became troubled.  Not that having a goal of challenging donors to make higher dollar gifts is bad…we are all about that.  No, I was troubled because what he meant by the word “transformational” was more organizationally-centered rather than donor-centered.
I mean, perhaps that $10,000 gift was transformational…for the donor.
I think that you and I can agree that we’d like all of our donors to go from making just a transactional gift to a transformational gift.  But, what does transformational really mean? The reason I was concerned about the development director’s outburst was that in his mind, transformational meant a large enough gift to do something big for HIS non-profit.
To me transformational gifts take DONORS to a new place.  They have an effect not only on their relationship with the non-profit they are giving the gift to, but on themselves personally.
If you think about a transformational gift that way, you look at the donor quite differently.  Think about it.  A transformational gift could mean a $10 donor becomes a $100 donor.  A $100 donor becomes a $1,000 donor. A $1,000 donor becomes a $10,000 donor…and so on.
Would a $10 donor be a transformational gift for your non-profit?  No.  But it could be for your donor.  Now, how would you treat your donors differently if you reconsider transformational to be about the donor rather than your non-profit?
I believe it would be radically different than the way you treat donors now.  Many of you have heard the story in the Bible about the “widow’s mite.”  An old woman gives up all that she has, even though the rest of the world would look on it as a pittance.  Talk about a transformational gift!
Preachers love to tell that story to invoke guilt with their congregations.  But, I think the better lesson is about challenging donors to make transformational gifts, not for our institutions, but for themselves.  Yes, for the donors.  Because that is what all this is about – helping a donor make a life-changing gift.  It’s not just helping address a need, but helping change a donor’s life.
How would we treat a donor differently if he or she went from a $100 gift to a $1,000 gift, if we viewed it as transformational, rather than some donor who we’re just trying to move up the giving pyramid?
What if the whole development department was about creating an environment that was focused on donors making transformational gifts that are focused on the donor and not just on the need?  Would we challenge our donors more?  Would we celebrate their gifts in new ways?
It’s a different way to think about it, isn’t it?  You would no longer look at your “daily gift report” for just those high gifts.  You would look for donors who have made a significant increase since their last gift.
Richard and I would love to hear your stories of transformational gifts that have been given to your institutions.  Not the big gift that helped you do something radically different, but the gift that changed the life of one of your donors in an amazing way.  If one of those stories doesn’t come to you easily then perhaps you need to take another look at your donors.
How are you helping transform your donors?
Jeff