What Your Major Donors Want 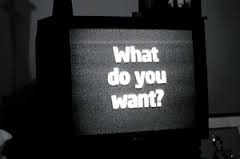 I hope all of you caught the article “What Donors Want to Hear Before a Fundraiser Seeks a Big Gift” in the Chronicle of Philanthropy last week. The article was based on a new book by Ronald J. Schiller called Belief and Confidence: Donors Talk About Successful Philanthropic Partnerships.
In the book, Schiller interviews more than 50 donors who have made large gifts. There are some great nuggets in here for all major gift officers to consume. Here are some from the article I’d like to point out.
“Fundraisers spend way too much time strategizing about how to ask and far too little time on creating an environment in which philanthropists can become informed and deeply engaged partners.”
Richard and I have been preaching about this for years. We often see MGOs get so bogged down in the details of the solicitation (they are important) but fail to see the bigger picture of whether or not the donor has been stewarded and cultivated properly in the first place.
In other words, you get so focused on the “sale” you lose sight of understanding the needs of the donor. This happens because there is so much pressure to “get the money” that you lose your brain for a moment and you end up losing the trust of the donor.
Here’s another:
“Fundraisers who worry about how to separate people from their money are left in the dust by those whose principal concern is enabling philanthropists to make their biggest and best contributions to society.”
Ask yourself, “Am I really doing this with my donors? How can I help my donors make their best contribution to society?” Wow, if you have this mentality instead of worrying about their money, how much more successful do you think you’d be?
Richard and I would say much more successful.
For his book, Mr. Schiller interviewed Ann Ziff, a donor who made a $30 million gift to the Metropolitan Opera recently. She said this: “Most fundraisers don’t think to ask prospective donors about their ideas or what they are trying to accomplish with their philanthropy. They miss an opportunity to gain potentially valuable insight.”
Wow, this is great advice from a donor. Before launching into what a donor can do for your organization, ask the donor what they want to do. We call this whole area identifying the interests and passions of the donor. If you do this, your donors will be blown away.
Schiller then writes, “Potential donors should be asked about their personal philanthropic goals long before they’re presented with a fully developed argument for why their support is needed.”
Gosh, this is right on target. Many MGOs feel they must have everything figured out before they can begin to think about building a relationship; in reality, knowing a donor’s philanthropic vision will actually help the organization present an appropriate funding opportunity for the donor.
Build the relationship first.
Mr. Schiller also hits on something that I think is really important. He believes “wealthy donors make their largest gifts to organizations in which they have confidence; fundraisers and their colleagues must demonstrate those qualities as well.”
“Few things dampen a donor’s enthusiasm more than staff members who give the impression they don’t really believe in an organization’s work and its ability to raise money. Donors are quick to discern whether a nonprofit’s leaders and fundraisers are really looking to solve societal problems or just to keep themselves employed,” said Schiller.
Richard and I have repeatedly said that you have to “be authentic” in everything you do when working with a donor. If you don’t believe in the mission, how do you expect a donor to want to invest in it? This is just proof that donors are asking for this type of authenticity when working with a fundraiser or CEO of a nonprofit.
Finally, one last nugget from the book. It all has to do with engaging your donors with the entire staff. Schiller says,
“It’s important for fundraisers and other staff members to introduce donors to as many people affiliated with the organization as possible. People who give a lot to an institution tend to have more relationships with staff members, volunteers and other donors.”
This is encouraging to hear. Often we think we need to shield donors from staff. But donors are asking for the opposite. They need to know they can trust an organization with their investment. It’s as if they were asked to invest in a company. If they are smart, they will do their research before they invest. That will mean talking to a lot of people. Why would it be any different for a large gift to your organization?
I highly recommend you look into this book. Click here to order it. And if you still haven’t read our book It’s Not JUST About the Money, read that too, and you’ll find how to do what these donors are saying and be successful.
Jeff