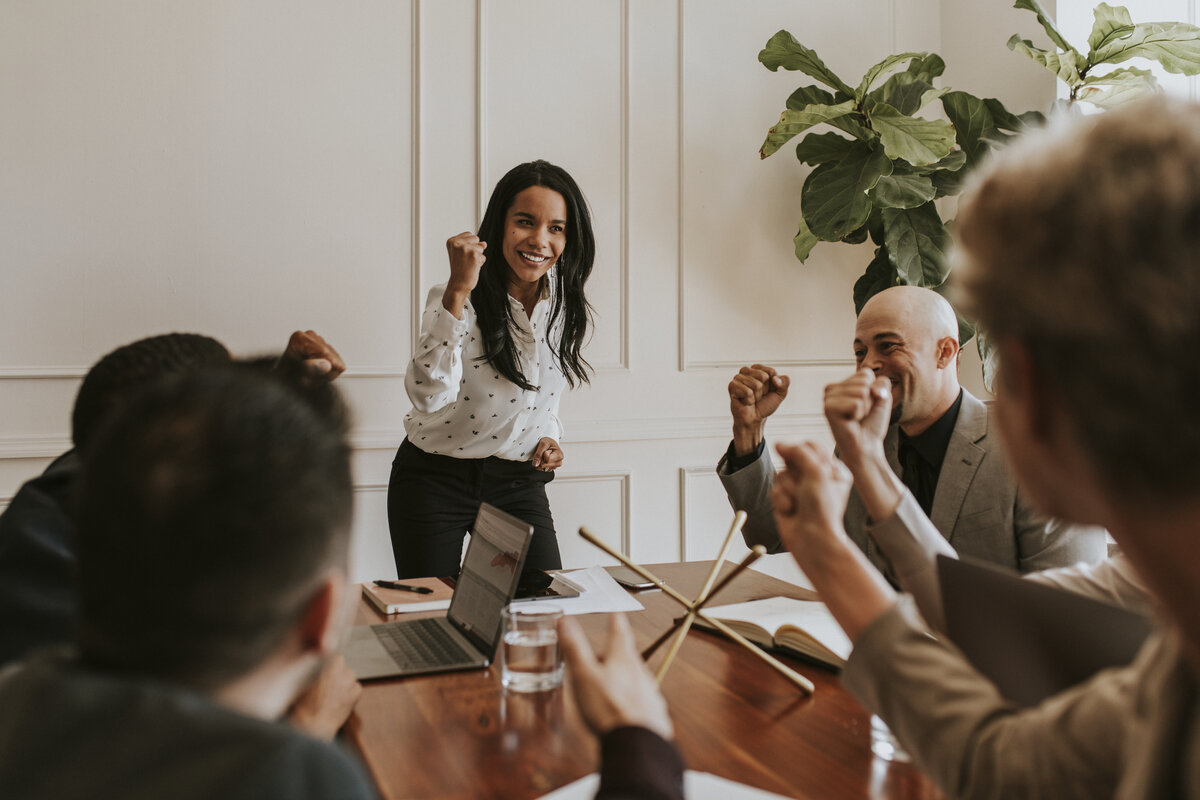 Collecting Courage, a collection of stories from Black fundraisers in the U.S. and Canada, is a gift to the non-profit sector, sharing experiences that are frequently unheard. We invited the editors of Collecting Courage to share this blog and speak to the power we all have to create a new present and future. We’re grateful for their wisdom and insight.

On April 5, 1968, one day after the assassination of Dr. Martin Luther King Jr, Jane Elliot, a third-grade school teacher from Riceville, Iowa, was galvanized into action. On that date, she experimented with an anti-racism exercise called ‘Blue Eyes, Brown Eyes,’ intending to teach her young third-graders a lesson about discrimination (racism) where a physical characteristic – the color of someone’s eyes – was used to determine who were given and who were denied certain privileges. The now seminal exercise has since been conducted with numerous audiences, including adults.

Camila Pereira, Collecting Courage’s co-editor, grew up in Brazil and recalls her mother sharing the ‘Blue Eyes, Brown Eyes’ experiment with her and her siblings. She remembers the questions asked of participants: “How do you feel? Would you like to be treated like that? Do you realize that is how Black people are treated? Why do you treat Black people like that?” The lesson is powerful, often leaving white audiences uncomfortable, even to the point of some walking out the room. Unfortunately, for many white audiences, the experiment is like a temporary cloak one can remove, discard, and go on to live their regular lives. But racism is no such cloak. When Black people are tired of its toll, the impact cannot be removed; we cannot walk away.

Racism is systemic and does not offer a menu of choices. Systems serve as a blueprint or map of how things ‘should’ work. However, a free and just society will not be realized if the blueprint is built on an inequitable foundation.

What guides us – the policies and practices behind our actions and behaviors – is deeply entrenched in all facets of our society. It’s in our public and private institutions, determining who is positioned to exert power and control, who establishes the rules and how they are applied, and upon whom privileged access is bestowed, as well as who is intentionally excluded from accessing resources and spaces. These deeply embedded systems automatically become the default and governing standard, dangerously empowered by the faulty belief in ‘whiteness’ being the superior measure. And this is not foreign in the non-profit sector. In fact, the very sector that was created to serve others has, in many ways, adopted the same systems that empower some and disempower many others.

Regardless of who you are, we are all part of and have a role to play in the systems and structures that elevate and advantage some and disadvantage and oppress others. While none of us today are the architects of the oppressive systems and structures we inherited, we have a role, an obligation, and a responsibility to re-imagine and work together in creating an alternate present and future. If they are rigged and unfair, it’s not enough to say you can’t do anything about it now.

Malcom Gladwell said, “If you are a white person who would like to treat Black people as equals in every way – who would like to have a set of associations with Blacks that are positive as those that you have with whites – it requires more than a simple commitment to equality. It requires that you change your life.”

To address the serious issue of anti-Black racism in our society, and specifically in the non-profit sector, the work begins with us as individuals. But it cannot stop there. The system is the stronghold of racism. The principles and procedures that maintain the racial divide must be dismantled in order to achieve racial justice. And that requires people – the powerful people. We need equitable ways of living and working. Equity gives us each what we need and as a result levels the playing field so we can all live the life we desire.

Listening to and believing the individual stories of racism that continue to proliferate around us, like those shared in Collecting Courage, is an important first step, but that is not enough. We have a role in changing the status quo. We believe this begins with curiosity and then an understanding about the ways in which systemic racism is upheld in our society and sector, including an examination of our own contributing actions. These are the actions that must be confronted and changed. The only person we have any control over is ourselves. So what we do about anti-Black racism matters! Change begins with each of us.

If we all believed that ending racism was our responsibility, what would our world look and feel like? Would we still be using the blue eyes, brown eyes criteria to hand out privileges? Or would we treat all Blacks as equals? It’s a choice you can make today. We urge you to do it.

Nneka Allen is a Black woman, a descendant of the Underground Railroad, an Ojibwa of Anderdon Nation, a Momma, and a sixth-generation Canadian and the principal and founder of The Empathy Agency.

Camila Pereira is a fundraising professional in Toronto and a coach to Brazilians involved in philanthropy and fundraising in Brazil and Canada. She holds a Ph.D. in Public Policy/Public Administration & International Relations from Howard University.

Nicole Salmon has over 25 years of fundraising and senior leadership experience. In 2014 Nicole founded Boundless Philanthropy. She currently serves on the board of two non-profit organizations, is a Contributing Editor and Literary Hub Book Review Panelist with The Charity Report, and is a member of the Canadian Black Fundraisers Collective.