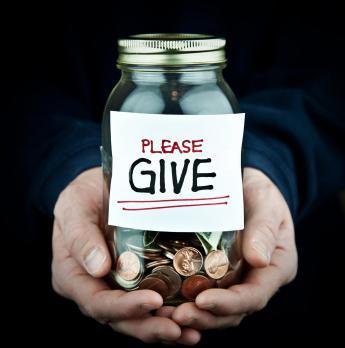 Why Are You Not Asking? 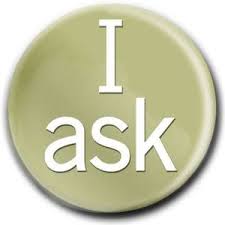 I just read a new study called “Understanding High Net Worth Philanthropy,” put out by CCS. It has some interesting statistics:

I find this fascinating because Richard and I have observed two things about the non-profit sector over the years: 1) Most non-profits have either no major gift program, or at best a fledgling program, and 2) If they do have some sort of a major gift program, no one is asking for big gifts.
Why do you think education and religion are getting the biggest piece of the high net-worth giving pie? It’s because they ask!
While there are many flaws in the University major gift machine, one thing is for sure: they are much more aggressive about asking donors for large gifts. As far as religion goes, churches have a culture of tithing (giving at least 10% of your gross income), which lends itself to very large gifts from wealthy congregants. Churches do very well with large capital campaigns, for instance.
Okay, so where does that leave you? I mean, do donors just have so much more love for their alma maters than for helping starving homeless children? I don’t think so. I think it has more to do with the internal culture of non-profits who have “grown up” believing they can only get the $10, $25 and perhaps the $100 gift; and they have never done much to nurture relationships with major donors.
We at Veritus find this all the time, when we start working with an organization that has a weak history of major gifts work. Many times we run up against the attitude of “well, our donors just don’t give big gifts… they aren’t wealthy.” Or we hear, “we don’t have any offers that would lead to a large gift.”
Both are utterly false.
Time after time, after we get into the donor file and start putting a real structure and plan in place, we start to see the donors that do have quite a bit of capacity. Then, we make sure we package that organization’s programs and projects to attract large gifts. After that, we put together a cultivation and stewardship strategy that puts relationships first.
Guess what happens? That’s right, large gifts begin to appear. Then larger gifts, then mega-gifts. Why? Because now we’ve changed the culture of that organization to go from a “we’re not worthy” to a “we want to change the world” attitude – this starts attracting those large gifts.
It doesn’t happen overnight (although sometimes it does). Most often, it takes 18-24 months to really start to see the program take form.
That’s why, when I see studies like the one I just cited, it makes me want to scream at all the short-sightedness that goes on in our industry: “Hmm… let’s see… where should we invest our resources to increase our revenue?” Forget on-line, forget social media, forget going after 20-30 year olds… invest in your major gift program.
Look, you don’t have to invest a ton of money. You do have to invest your time. You can do this on your own. Goodness, if you read our blog we’ve told you how to do it many times over. You don’t have to hire us to come in and turn things around (although it’s probably one of the wisest investments you could make!).
But it will take time, discipline, focus and determination. And finally, the chutzpah to ask donors to invest in your organization. Start today!
Jeff