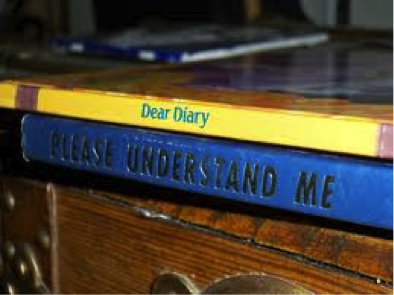 “No, listen, you don’t understand!”
How often have you said that?  How often have you felt cheated because of the misunderstanding of others?   You explained your position but there was a blank stare coming back at you. You know the feeling.  It is one of frustration and sometimes despair.  If only you could get the other person to get your meaning – to understand your point of view.
I can remember many of the times my meaning did not come across.  One particularly painful experience was trying to explain to my daughters the divorce their mother and I were going through.  What should I say?  What could I say?  How could I help them understand that my love for them was unchanged – that some very specific circumstances and realities were driving a very difficult decision?
But it was not to be.  I had to spend years being misunderstood.  It has only been in the last few years that we could sit down and reason the thing through.
Being misunderstood is part of the human condition. There really is no way to avoid it.  But in my personal and professional life I have adopted a style and standard that (a) I will tell the truth, no matter how painful it is, and (b) that I will not let feelings, thoughts or positions linger in my head for too long without communicating them.
My good friend and business partner, Jeff, who is a co-author of this blog, will tell you that being able to relate in this way is ultimately so much more profitable and freeing than the fearful style we both have operated in before.  My wife will tell you the same thing.  It may not be comfortable to be authentic, but it sure works.
And this preamble brings me to the subject of one of the most fundamental things Jeff and I believe a major donor wants: to be understood.
Think about it for a moment.  The major donor on your caseload has a set of passions, interests, dreams and values that are very strongly embedded in her way of life, her view of life, how she operates and what she expects.  Some of those items include:

If your donor is sitting in her home or place of business wagging her head and saying about you and your organization… “They just don’t understand me”… then you are in for some serious, serious trouble.
So, let me ask you this.  If you understand how painful and frustrating it is to be misunderstood, why would you put your donor through it?
Your answer may be that it has nothing to do with you.  It’s your organization that has all these policies – all these ways of doing things that hurt the donor – that you have no control over the situation.  This may be true to some degree.  But it doesn’t eliminate the responsibility YOU have to engage with the donor and understand her completely.
Our recommendation, with each of the donors, is simply this:  “Seek first to understand”.
Richard
Read the entire series: