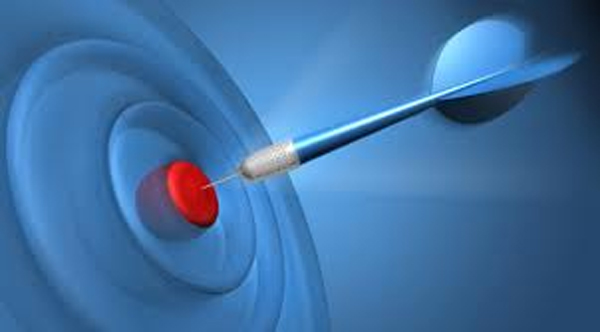 Ann had prepared really well. In fact she had done her research, gathered the facts about the project, and even secured some really good stories. She was ready.
So when she sat down with Rachel and her husband John to present the proposal and do the ask, she was very surprised, at the end of her presentation, when John leaned forward and said: “Ann, thank you so much for all the work you have done here. I can tell you spent a lot of time on it. But, as worthy as this project is – and you do know we love the organization – this is just something we are just not interested in.”
What had gone wrong? Were the donors making an excuse not to give? Maybe. But more than likely, Ann had not done her research and uncovered that Rachel and John has very specific things they were interested in – things that they would support.
You may be reading this and saying: “This is not me! I know what my donors are interested in.” Good for you. Sadly, many MGOs don’t, and Jeff and our team and I have been in hundreds of conversations on this very topic.
One conversation I had recently went like this:

Richard: “So what are they (the donors) interested in?”
MGO: “Well, they just love the organization, Richard. Trust me. They don’t have a specific interest. They just want to support what we do.”
Richard: “Have you actually asked them for a specific interest?”
MGO: “No, because they have told me, many times, that all they want to do is give to whatever is most needed. So I haven’t spent the time figuring out anything more than that.”

I do understand the logic of this reasoning and also the conclusion. I just don’t agree with it. Why? Because every donor I have ever worked with, either directly or through a MGO, does have a specific interest in how they want to help the planet or humanity.
Some donors have a specific interest, but they always tell the MGO to “just use the money where you need it most.” That instruction does not mean they don’t have a specific interest. All it means is that the donor really trusts the organization and wants them to have the freedom to use it how they wish.
Several days ago I was reviewing the giving history of a MGO’s caseload. The spreadsheet listed all the donors in the first column, their ID numbers in the second column and then the following columns (left to right) had five years of giving history for each donor.
These columns gave totals at the bottom. Looking at those totals, I could see that the caseload grew from year to year at a decent rate. Upgrading was good. Donor retention was acceptable. Things were average.
But there was one thing that was wrong, and it is symptomatic of the very thing I am talking about here. There were no really large stand-out gifts anywhere on that spreadsheet. Every time I see that, I know two things:

When the MGO aligns bold and confident asking with solid information about donors’ specific interests, unusual things happen. Donors get really engaged and excited – and some very large gifts come in.
Earlier this year I was working with a MGO on a donor who was a $5,000-a-year donor with a lot of capacity and a very deep interest in the organization. When the MGO was sharing the details of this relationship with me, I asked what the donor was really interested in. The MGO responded with a general “she just likes what we do.” So I asked the MGO to spend some time over the next month really finding out more about the specific interests of this donor. She did. And we prepared a proposal tailored to the donor AND that interest. The result: a gift of $1 million cash!
Last year I was working with another MGO with a similar situation. I gave the same instructions – find out what really drives this donor to help humanity and the planet. The MGO did the work, prepared a tailored and specific proposal, took the donor to the place where the program they were interested in was happening and did the ask. The result: A $4 million gift.
Now, I can’t promise that if you do this work like I am suggesting you will receive $1 million+ gifts. But I can promise that the giving from certain donors on your caseload will increase substantially.
Back to the spreadsheet of that MGO I was talking about earlier: here is what I told that MGO and what I am suggesting you do with your caseload, especially now that we are heading into the best giving months of the year:

So, what is the bottom line? It can be summed up in two points. Donors have specific interests. And if you create and present a proposal to the donor that matches those interests, they can and will give way more than they have before. There is a direct cause and effect relationship between these two points. Try it, and you will see that it really does work.
Richard
Series details: