Before You Fire an MGO… Do This 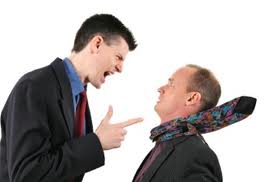 He was “this close” (index finger and thumb a millimeter apart) to being fired. “John” had been a major gift officer for five years, and the organization we were about to work with was fed up with his performance.
In fact, it took everything I had to convince leadership not to fire him until we had some time to see if we could turn his performance around. They agreed, but they gave me a very short time period to figure out if John had what it takes to really be a successful major gift officer.
All over the country at this very moment this same situation exists with thousands of different non-profits. You probably have in your employment major gift officers who are struggling for one reason or the other, and they are about to get the ax.
To be honest, in many cases you are probably justified in letting them go. There are many major gift officers who should not be doing this work. Richard and I have written extensively on what it takes to be a great MGO, and sometimes it’s a matter of “do they have it or not?”
But there was something about John when I first met him that led me to believe he actually could do the work and do it well. Remember, I had very little time to help turn John’s performance around. In fact, John himself totally doubted he could do the work either. “Maybe I’m not cut out to ask people for money,” he said. I didn’t buy it. I’ve worked with dozens of MGOs and I knew there was something inside of him that could do this work well. Here is what I found when I started working with him.

You might say, “Well, let this poor guy go. Why try to keep him on; obviously he wants out.”
Here’s the deal. When we start working with MGOs at Veritus Group, we start with the premise that we are going to help each of these MGOs to succeed. Richard and I decided long ago we would never go into a client relationship ready to help fire a bunch of people. If over time, we see the MGO just isn’t going to make it, we help them find what their own passion and desires are and figure out what they should do next.
So that is the approach I took with John. I…

The results were astounding. Within six months John was bringing in high five and six figure gifts. He was meeting and exceeding his monthly goals. Leadership was happy with his progress. Most importantly, John had found joy and passion again in his work. This resulted at the end of the year a 256% increase in giving from his donors versus his previous year.
I’m not saying every MGO can turn it around like this, but I am saying that if you can provide solid management, get to understand the strengths of the person you are managing and provide the structure for her to succeed, she will have a real shot at becoming the MGO you want and need for your organization.
Don’t we owe that to them?
Jeff