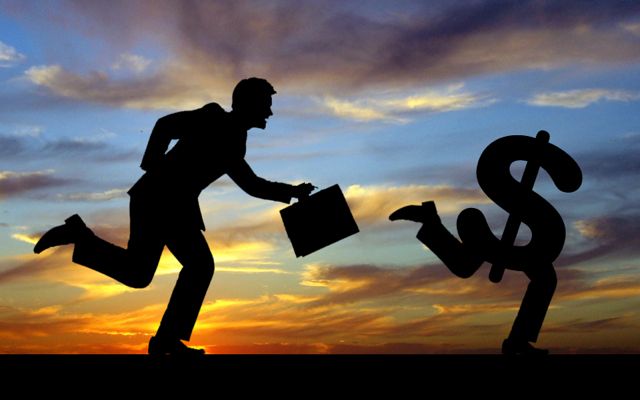 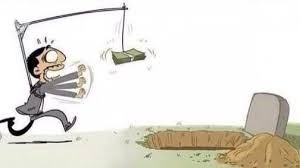 Couldn’t you just imagine the title of this blog on the front page of the New York Times? One of the reasons Richard created Veritus Group was to dispel any notion that major gifts was just about money.
As we have been working together now for over seven years, we have preached over and over that major gift fundraising is first and foremost about developing relationships with donors so that you can understand their passions and interests, and help donors change the world with the work you are doing.
You are the bridge between the donor’s desire to change the world and the world’s greatest needs. That is all you are about as a major gift fundraiser. That is what your non-profit is about… until your non-profit loses its head and focuses on the money.
Then strange, weird things happen.
Several months ago, one of my colleagues at Veritus told me a story about a donor in the Northeast who had an incredible experience with a non-profit that he cared about… or once cared about, I should say.
This donor committed one million dollars over a four year period and gave an initial gift of $250,000 for a very specific project that the donor and the organization were excited about.
Several months after the pledge and initial gift had been made, the board fired the CEO and hired a new one. The new CEO wanted to stop the project the donor had given to, and use the money for a different project.
The CEO asked the donor to a meeting to explain the new direction he wanted to go in, but the donor did not want to fund the CEO’s new project. It wasn’t what the donor was passionate about, and it was entirely different than the project he committed to funding.
The donor told the CEO that because he already gave the $250,000 he would not ask for that money back, and he urged the CEO to use that money for general operating funds. However, he informed the CEO that he would rescind the rest of his pledge for the remaining $750,000 because it no longer represented the actual project he wanted to fund, nor the impact he intended to make.
Guess what the response was from the non-profit?
They hired a collection agency to get the $750,000 from this donor! When I heard this story, I was beside myself. “Are you kidding me?” I said. But then at that same moment of shock, I also thought of all the other horror stories Richard and I have heard that were very similar. Here again was another non-profit going after the money, losing their heads, and alienating a donor forever.
It didn’t have to be this way.
Here’s the thing about the donor. The donor still loved the mission of the organization. He wanted to continue to support it… just not that particular project. The donor said to my colleague later, “If they would have listened to me and asked me if there was something else I would like to redirect my pledge to, since the project was being cancelled, I really would have thought about it. But they were so intent on directing my pledge to something I did not want to do, I had no choice but to rescind my pledge; they made me feel I was a bad person.”
I think you can agree that the love of money (or the fear that you will lose money) makes us do dumb things. But hiring a collection agency to go after a donor’s remaining pledge ranks up there with some of the dumbest things I’ve ever heard. The non-profit, through that action, just told the world that the donor is not important to them – only the money.
I know there is a lot of pressure on you as a major gift fundraiser (and an equal amount on your Executive Director or CEO) to bring in the money. But if you lose sight of what major gift fundraising is all about – RELATIONSHIPS – you lose, period.
While you and I can agree that the action this non-profit took was incredibly stupid, think about some of the small ways that you and your non-profit may not be listening to your donors and putting them first. Are you really treating your donors as partners in your mission? Are you really doing the work of discovering what they are passionate about? I mean really doing the work?
I keep thinking about the donor in this story. What if the non-profit would have thought about the donor? What if they would have listened and figured out a way to partner with the donor? The end result would have been incredible for both the non-profit and the donor.
Don’t chase the money. Deepen the relationship.
Jeff