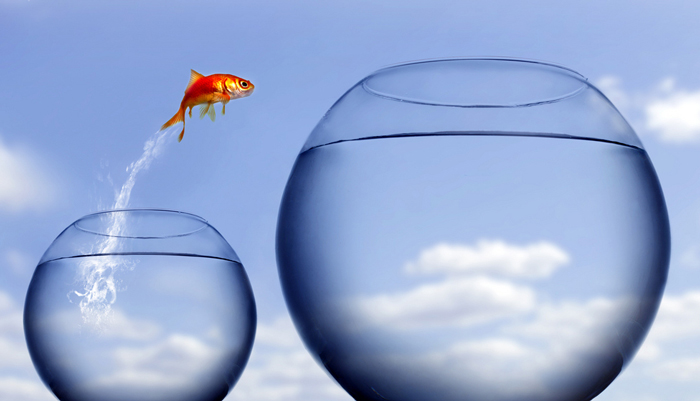 If You Think Small, You Get Small: Four Secrets to Getting Large Gifts 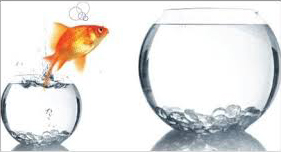 I have to tell you I’m tired of it. I’m tired of hearing from MGOs that they don’t have donors on their caseloads that give high five, six and seven figure gifts.
If you are an MGO and you have at least 75 to 100 donors on your caseload (remember 150 is a full caseload) you have at least 5-10 donors who can give you gifts in the high five to seven figure range.
“But Jeff, you don’t know my caseload. These donors just can’t give that much.”
You know how many times I’ve heard that same line over the years? Too many.
In my many years of managing dozens and dozens of major gift officers, I’ve come to believe that the major gift officer creates an internal narrative about his donors based on a couple of encounters with his caseload.
It goes something like this:

I’ve had four or five different conversations with donors on my caseload, and all of them told me that they just couldn’t give much more than they are giving. While they love the organization, they have all told me they are maxed out. So, to think that I’m going to get some significant gifts from this caseload is just unrealistic…

I’ve heard this (or some version of this) from many MGOs to justify why they are not getting large gifts from their portfolio. This is how a narrative develops in your head. You have some experiences from a few of your donors that lead you to believe that the entire caseload will behave the same way.
So you begin to believe it.
I’m here to tell you that this narrative is holding you back from realizing the true potential in your donors’ ability to give large major gifts.
Why? Richard and I have witnessed over and over again that once you put those “stories” behind you and really get to know your donors on your caseload, you begin to realize that these good people have much more capacity that you ever thought.
In every instance we have helped manage an MGO and their caseload where the MGO said previously “their donors don’t give large gifts,” we have cultivated high five, six and even seven-figure gifts from that caseload.
So what is the secret? Well first, stop believing that your donors can’t give those types of gifts. That’s the first thing. Then, take the following practical steps with your portfolio of donors:

These four “secrets” are really just practical advice. Thinking small will only get you small gifts. But by putting in the hard work and not allowing yourself to make pre-determined judgments about donors, you’ll be able to see the possibilities with each of them.
Think big, be positive, do the hard work, get to know your donors, and ask. This is the work you have to do.
Jeff