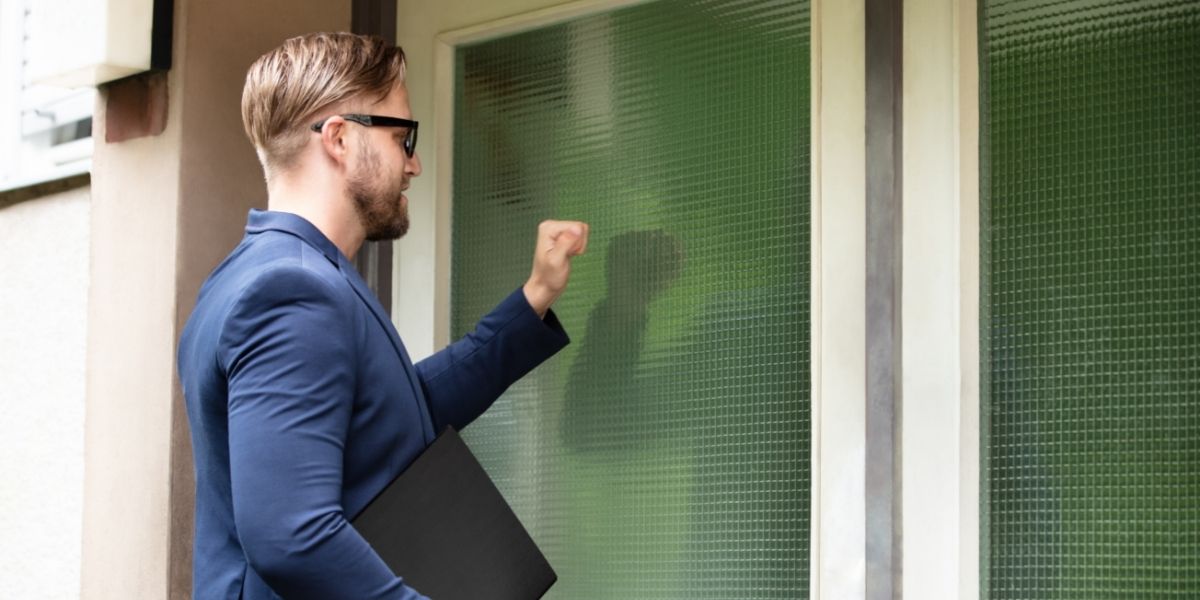 I had known the principle all along. But my sympathy for the MGO had persuaded me that it was OK to do. So, I supported the practice of just showing up at a non-responsive donor’s door unannounced bearing gifts and glad tidings.

This changed when I heard three high-capacity donors talk about their reaction to the practice.

Here’s the problem. And it’s more common than you might think in the major gift field. The organization receives a large gift from a donor. The donor is assigned to an MGO. The MGO tries to get in touch, using every possible contact strategy known to humankind, and fails. So, in a final “let’s try this and see if it works” strategy, she stops by the donor’s house unannounced with a gift.

The strategy does work some of the time, especially with the “right” donor and if the MGO is not pushy. But even these circumstances do not justify the strategy.

And hearing the donor’s reaction was a helpful reminder.

I was at a conference once and was asked to moderate a session where three high net worth donors sat in front of a roomful of MGOs, Development Directors and PGOs. The objective of the session was to hear from the donors about how they react to the organization’s treatment of them. It was like a mini focus group – a brilliant idea on the part of the organizer.

The session went well. Then an MGO stood up and asked the following question: “Let’s say you are a donor of mine. And I cannot get in touch with you, i.e. you won’t answer the phone, you won’t respond to my letters and emails – you are just silent. Is it OK with you if I just come by your home unannounced to visit? And I could bring a little gift or something.”

The donor paused for a moment, shifted some papers around on the table in front of him and then said: “You should make an appointment before you come to my house. Don’t show up. Respect my privacy.”

The other donor was a little more blunt: “You can’t even get to my front door.” Her meaning was pretty clear even though she did not say it. “Don’t even try to come to my door.”

I looked at these donors as they were talking and could relate to what they were saying. There is nothing more irritating than having someone come to your home, interrupt what you are doing and push themselves into your life. Think about it. Would you like that? Very few people would.

But there is still a problem. How does an MGO connect with a donor who will not respond to any attempt at communication?

I posed the question to the donors: “OK, I hear you,” I said. “It is not appropriate for an MGO to just show up at your house. But what would you suggest they do? They would like to connect with you. They want to make sure that the organization is handling you properly and that your information needs are met. But you won’t talk to them. What should they do?”

There were two answers:

Our general advice on this has been that just showing up is NOT the best option, but if an MGO MUST do it because of pressure from management, there are several things to consider. The first is location. This may work in one location and not another. For instance, one of our staff was working with an MGO where in Kansas the MGO saw success, but the Silicon Valley MGO did not.

Secondly, if this practice is mandated/required/something the MGO just has to do we suggest pre-calling to give the donor an “out.” For example, “Edie, I’ll be in St. Louis next Wednesday on other business. I’d love to stop by with a special, small token of our appreciation that I’d rather not mail. I’ll drop by between 2 and 4 pm. If that’s not okay, please let me know. And, if you’re not able to see me, please know I’ll be leaving the gift on your front porch.”

Finally, on the subject of “gifts,” we then suggest that what you give needs to be meaningful and connected to your mission. Donors don’t want branded material you spent a bunch of money on.

I know this is pretty basic stuff, isn’t it? Yet often forgotten. Privacy is a big deal. We all must respect it. But we have a job to do, and that job is to build relationships with our good donors. It’s not easy. But Jeff and I think that the best path is to show respect for donors. And we do that by guarding their privacy.