Mid-Year Check Up #5: Are You Taking Care of Your Heart?

Part 5 of a 5-part series: The Mid-Year Major Gift Check Up List 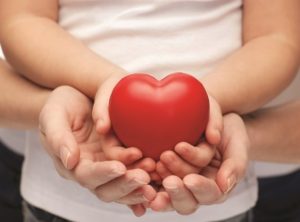 The man’s heart was as cold as steel in the dead of winter. His eyes were cold, his pupils narrow and cautious. There was nothing that would reach him and soften his heart. That was how it was. And then everything changed.
The man I’m talking about lives in Chicago. As a financial guy, he had spent his entire life with figures and numbers. Everything could be forecasted and buttoned down in his world. When there was a variance it was just a matter of finding out why and taking care of it. It was logical, predictable, and known.
No one knew that he was soft inside – that he really did care and that he had feelings and emotions. I’m not sure HE even knew. Perhaps someone in his past had shamed him into believing that a real man doesn’t share those kinds of things.
He was very much alone in his world of spreadsheets – so alone that he hardly ever noticed his own son.
Into this dark, cold and solitary place came a major gift officer who had his own issues. I had counseled with this MGO in a recent meeting on the importance of taking care of his heart, and he knew what it meant. But at that point, for whatever reason, he hadn’t put my advice into practice.
Instead, he was preoccupied with caseload goals, setting up meetings, developing asks, meeting his boss’s expectations – all the good things an MGO does. But he was “floating above” the real dynamic between an MGO and his donor. He, just like the financial man on his caseload, was into spreadsheets, action items, and moves management.
And no one knew that he really cared. Even his donor didn’t know. It was just about a financial transaction. “You give us some money, we’ll put it to good use, you’ll feel good about it (we hope), and things will be fine.” That was the net of the whole thing.
But that was about to change for this MGO.
So it happened that one day the donor asked the MGO for a very special favor. The donor requested a visit with a recovering drug addict in the rehab center run by the MGO’s organization. He indicated that he was hoping to sit and talk a while. The MGO arranged the visit and accompanied him there.
The donor sat across the table from this big muscular man who was in the middle of his battle with drug addiction. The MGO told me later that he felt uncomfortable being there – the room seemed very big and empty for just the three of them and had a sort of intimidating feel to it. As the conversation between the donor and the drug addict progressed it became more personal and emotional.
The MGO got up and walked a short distance away from the men to give them some space. They talked for a while, then they both stood up, shook hands and the drug addict left the room. And this is where the encounter morphed into a beautiful thing.
I’ll paraphrase what the MGO said came next:
“Richard, I couldn’t believe what happened. The drug addict left the room and Bill (not his real name) just stood there in silence for what seemed like a long time. I didn’t move or say a word. Then he sat down, laid his head on the table and cried. It wasn’t some sort of soft whimper, Richard – he was sobbing uncontrollably. I was very uncomfortable and didn’t know what to do, so I just stood there.”
I’m sure you can imagine how tense this all was. Here was a put together, very private, highly controlled donor falling apart in front of his MGO. And neither of them knew what to do next. They were both in uncharted territory!
Luckily, the major gift person did the right thing. Again, in his words: “So, after quite a few minutes went by, I asked Bill if there were something I could do. And that’s when he told me that just a few months earlier his son, a young man battling with drugs, had taken his own life. Bill, racked with guilt and grief, was trying to find a way to redeem the whole thing. That’s why he had come to visit someone who was in the same situation as his son – to see if he could do it right this time.”
I have to admit that now, after listening, I was crying. This situation had truly touched my own heart. Not only because I had heard a story of redemption, but because I had seen a real transformation take place, both in the donor and in the major gift officer. And this touched me, like it always does.
Because that’s why Jeff and I are in this work – to make transformation happen.
It also confirmed my belief about what REALLY happens when major gifts is done the right way. When an MGO helps a donor DO what they want and need to do, the money follows, just like it did in this case. Bill needed to “make things right.” Bill needed a “do over.” For Bill, it was important to turn the clock back and make another run at it.
This had nothing to do with money, as you can plainly see. The fact is, major gifts hardly ever does.
And that brings me to the major point of this post. Are you taking care of your heart? Are you in touch with what’s really going on in the life journey of the donor? Are you in touch with what’s going on with you? Are you constantly seeing the REAL transactions between your donors and the organization, or are you just “floating above it all”?
It’s very important for you to stay in touch with the real stories playing out around you. (Tweet it!) And I would say there are three of them:

This is all about filling your heart and keeping it full. It’s a really good place to be. I know, because Jeff and I work on it every day.
Richard
Read the whole series — Mid-Year Check Up: