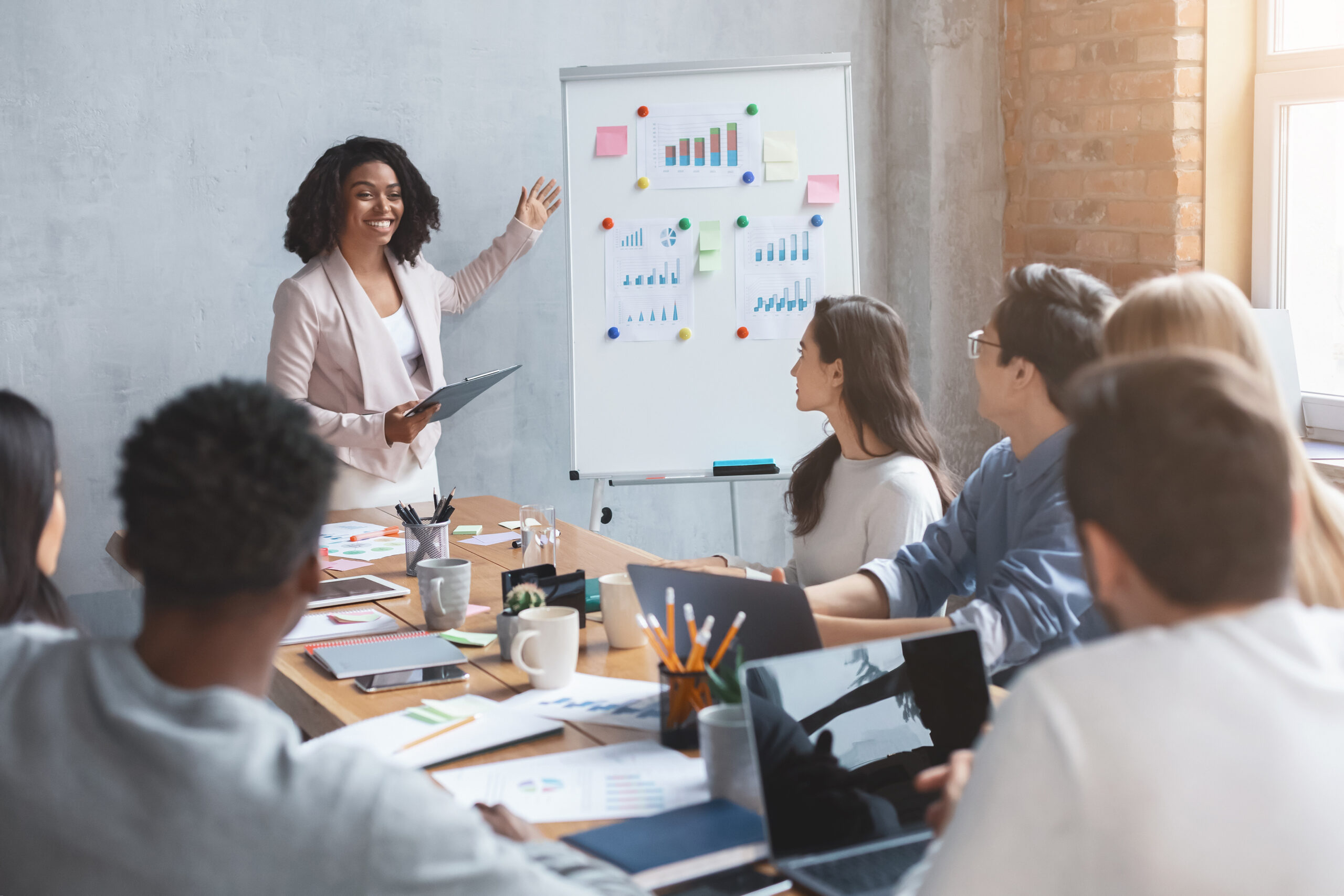 To Be a Great Leader: Know Every Aspect of the Donor Pipeline (Part 1 of 3)

This is part one of a three-part blog series: Warning, There’s a Gap in your Fundraising Knowledge and Experience.

After working in this industry for over 32 years now, it’s clear to me that if you are going to be an effective non-profit leader, development manager, or consultant to non-profits, you must know every aspect of fundraising. It’s not enough to be an expert on just one area of the donor pipeline.

You don’t have to be an expert, but you must know and understand the fundraising strategies, economics, donor behavior, data, products, of the entire donor pipeline, including how it works in different types of non-profit organizations.

Unfortunately, this is rare. Which is why so many non-profits have so much difficulty in how they think about donors, and fundraising in general. And, why many are just getting bad or limited advice from consultants.

I’m specifically writing this blog and making it into a three-part series to speak to fundraising professionals who have a desire to become really good non-profit leaders, managers, and future consultants. You may be one of those people who has been in this field for some time, and I want to challenge you to consider where you need to learn more.

Non-profit leaders, managers, and consultants are critical to the health of non-profit fundraising. Over the years, what has been frustrating for Richard and me, is how many organizations are not being served well, because there is just a lack of total understanding on how fundraising works – there is a huge knowledge gap.

In this three-part series I’m going to focus on the following:

The big point I want to address overall is that knowing all aspects of fundraising for non-profits allows you as a leader, manager, or consultant to have the big picture in mind all the time, to have empathy for those you work with, and to remain balanced in your approach with how you acquire, cultivate, and inspire your donors up the donor pipeline.

I am extremely grateful for the career I’ve had. Right out of college, I got a job with a very small non-profit that needed a fundraiser. I don’t remember why they hired me, but I think in part it’s because I was the only person who would accept $11,000 a year as my salary.

But I started to figure it out by reading, going to any free or cheap seminar I could, and by making a ton of mistakes. And, because I was a one-person shop, I was exposed to almost every aspect of fundraising there is. I learned how write a fundraising appeal, how to rent lists, how to cage gifts that came in and record them in a database. I learned how to ask our major donors for gifts face to face and feel the joy of them saying yes, and the disappointment of a no. I even learned how to figure out Zip +3 sorting and all the nuances of the post office. It was an incredible lesson.

I stayed in that position for six years. I was then hired as a development director for a much larger non-profit. There I learned how to navigate corporate funding, United Way giving, board relationships, events, and even higher-level major gift donors. And, again, I made a lot of mistakes. It wasn’t easy, but I loved it.

I was in that position for two years when I got a call from a direct-response agency in Seattle asking me if I was interested in becoming an account director where I would work with multiple non-profits. Long story short, I said yes and move to Seattle. BTW, this is where I met Richard, as he was a co-owner of that agency.

Over a 12-year span of direct response fundraising, I learned so much.

I learned, through testing over and over, what type of appeals would be effective with different types of clients. I learned how important data is. I learned what ROI, % response, average gift, NYPM (net yield per thousand), all meant. I learned the difference between average gift and revenue per donor. I learned how to properly select which segments of donors would get an appeal by reviewing behavior based on previous results. I learned how to do proformas for an appeal before it went out and how to track returns and predict the outcome of a particular appeal or campaign. I learned how, while each client was different, there were certain “truths” about direct-response fundraising that applied to all. I learned direct-mail, radio, online, television, etc. I got to work with religious clients, small clients, large health-related clients, environmental clients, food banks, rescue missions, you name it.

Then, I joined Richard in 2009, after he sold the direct-response agency in 2005. We rebranded his major gift consultancy to Veritus. And, for 13 years now, we’ve been helping non-profits create, build, and manage their mid, major, and planned giving programs.

Now, I didn’t tell you my work history to brag or show off. I’m doing it to encourage you, especially if you are new to the non-profit space, to allow yourself to get the full breadth of fundraising experience you can if you want to be an effective non-profit leader, manager, or consultant someday.

My experience has allowed me to fully understand every aspect of the donor pipeline that Richard and I have been hammering on for so long.

Even though our focus is on the mid to upper part of that pipeline, having the experience on the lower end of that pipeline allows us to consult and have conversations with non-profit leaders and managers that we wouldn’t be able to have if we only knew major gifts.

In fact, I remember a couple of years ago, I was sitting with one of our clients in their conference room with their board and they asked me what I thought their biggest need was. They expected me to talk about major gifts, but I threw them a curve ball and told them they had to expand their acquisition and cultivation program. And, that if they really wanted to achieve that growth, they had to HEAVILY invest in it.

And I gave them the advice that they should look outside the organization for a direct-response agency to do that work and focus their in-house staff on mid and major gifts. I even suggested a couple of outside direct response agencies they should talk to.

Now, I was only able to give that advice because I looked at their data and knew from my direct-response background what their opportunity was and how to go about it. Unfortunately, this fell under the scope of their major gifts agency. The Director of Development there only knew about cultivating individual donors one-on-one and doing annual campaigns.

He had no clue about the lower end of the donor pipeline, and here he was the head of development!

Richard and I have come across this kind of situation with our clients repeatedly. Either the non-profit leader or manager knows direct-response or major and planned gifts, but not both. How this plays out is wherever they are bent towards, wherever they have the strongest experience – that’s where they invest in.

And it creates an imbalance in how investments are allocated for each phase of the pipeline.

At the same time, there’s another outcome when leaders don’t have full knowledge of how the pipeline works. It creates a sense of mistrust between each discipline: direct-response, mid-level, major gifts, corporate giving, events, and planned giving teams.

So here’s the lesson for you, whether you’re just starting out in your career or a seasoned development professional. Please, understand how each of these disciplines work. Get in there and learn about each of these areas. Do the work if you can. If you can’t do the work, take the time to talk to your colleagues that are in those departments. Ask them about their metrics, what they focus on, what they worry about, and how they are evaluated. Read about that discipline. Take a course on it. Walk in the shoes of the people who are experts in those disciplines.

This would alleviate so many problems we see in the non-profit space. And those organizational siloes everyone talks about would be eliminated.

There are just way too many non-profit leaders, managers, and consultants who only know one aspect of the donor pipeline. Their limitation severely hurts the non-profit’s fundraising ability.

For example, I’ve heard major gift consultants tell non-profits that mailing 12 appeals to their file is way too much. Huh? Have you done the analysis on those appeals? The answer of course is no. It’s a “feeling” that donors will be upset. This kind of ignorance just drives Richard and me nuts.

Other times, a Development Director expects that a new major gift program should yield immediate results. Why do they think that? Because all they really know is how direct-response programs work. So, no wonder those types of leaders and managers have failing relational fundraising programs.

Leaders, managers, and fundraising consultants: you must study and understand how the full donor pipeline works. You owe it to your organization and the donors you serve so they can fully give to their hearts’ desire.

This is Part 1 of a three-part blog series: Warning, There’s a Gap in your Fundraising Knowledge and Experience

Read Part Two: 4 Reasons to NOT Hire That Outside Consultant

Read Part Three: Your Inexperience Is Hurting You — A Cautionary Tale